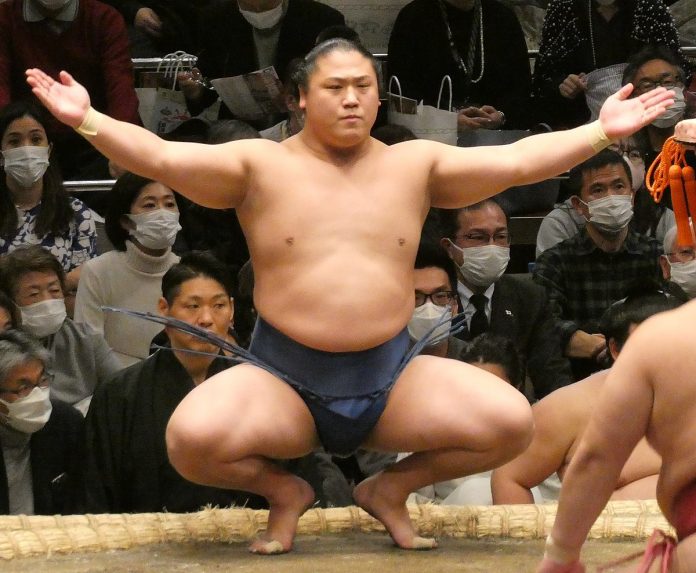 Sumo wrestler Wakatakakage defeated opponent Takayasu in a thrilling playoff bout to capture the Spring Grand Sumo Tournament in Osaka, Japan this weekend while earning a piece of history. Recently promoted to sekiwake, sumo’s third highest rank, he became the first wrestler in 86 years to win a championship in their initial appearance as a sekiwake.

Wakatakakage and Takayasu came into the tournament’s final day tied atop the leader board but both lost their final match leaving them each with a 12-3 record for the event necessitating a playoff between them. Takayasu tried to use his superior size to force Wakatakakage from the ring and had him right up against the edge looking like he’d go out. But the sekiwake managed to seize his opponent’s arm pivoting and throwing Takayasu from the ring to capture the title.

The tournament was without the sport’s lone grand champion, Terunofuji, who withdrew in the first week due to injuries.