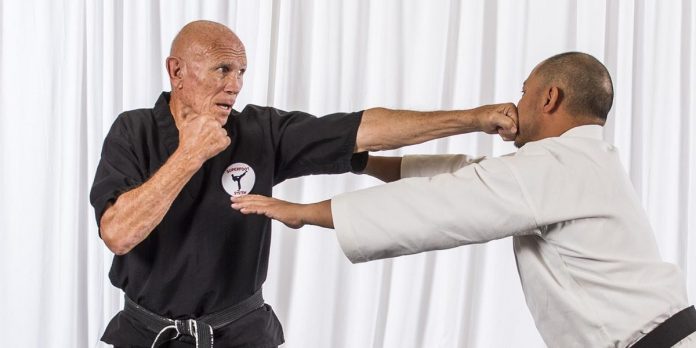 Superfoot Sounds Off! The Legend of Bruce Lee and His Jeet Kune Do

Part of what made Bruce Lee the legend that he has become is the fact that he died early. Much like actor James Dean, who only did three movies but became a legend and a cult hero after his death, Lee did only a few movies. Both Bruce Lee and James Dean were very popular when they were alive, though, and I think Lee would have remained popular for a long time if he had wished to do so.

Champion fighter Joe Lewis and I did martial arts seminars for years, and Lewis came up with some fantastic fighting concepts, but he was not nearly as well-known as Bruce Lee because Lee did something in the movies which most people believed was real. Even today, if an actor or actress does a martial arts technique in a movie, for some reason people believe it is true — even if it’s all faked for the camera.

One thing I admire about Bruce Lee is that he never claimed he was a champion tournament fighter. He never fought competitively, and who’s to say if he would have been a champion or not? This is in contrast to the many people who claim to have been a champion but never were. The only time I saw Bruce Lee spar was at a demonstration match with Dan Inosanto in the 1960s.

Since I never met Lee, my opinions about him have been formed largely by associates of mine who did work with him. Different martial artists who worked with Bruce Lee have told me that he was very fast and an excellent technician. They said his techniques were very strong.

Another reason Bruce Lee will always be popular is that the martial art he created — jeet kune do — was ahead of its time. Back in the early 1970s, most of us were performing in one art or another. We didn’t mix styles and techniques the way jeet kune do advocates.

However, it is not often mentioned that Chuck Norris was in many ways also a jeet kune do stylist. He mixed Korean-style kicking techniques with Japanese-style punching techniques and made them work fantastically.

I think that Bruce Lee himself is missed more than his jeet kune do. Nobody really knows exactly what jeet kune do is. Lee would take a technique and modify it to make it work for him.

It’s similar to boxing: There are only four techniques — the jab, cross, uppercut and hook — but they can work wonderfully together. It’s up to the boxer to put them together and make something that will work for him. In the same way, jeet kune do is somewhat complicated because it requires the martial artist to choose the techniques and put them together to make them work.

About the author: Bill “Superfoot” Wallace is a three-time Black Belt Hall of Famer.

Superfoot Sounds Off! The Legend of Bruce Lee and His Jeet Kune Do (blackbeltmag.com)