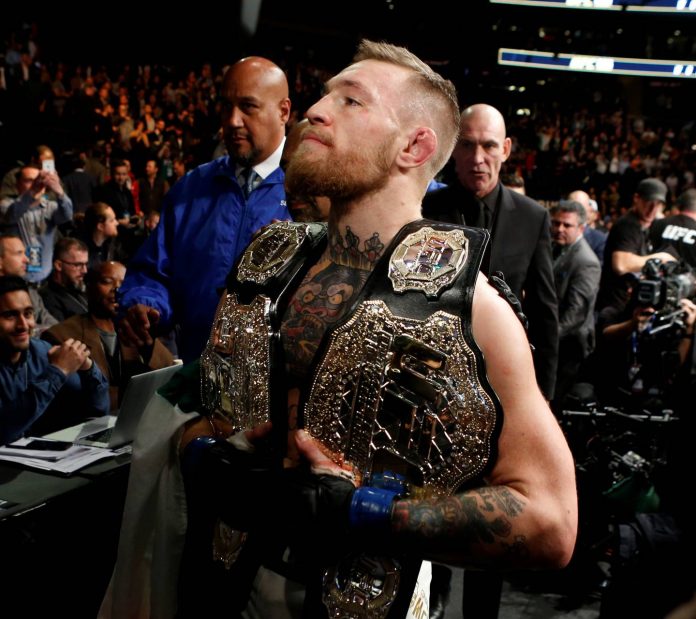 CONOR MCGREGOR’s manager reckons the Irishman is one win away from a third crack at the UFC lightweight title.

The Notorious will be back in action on July 10 in the main event of UFC 264 in Las Vegas, where he’ll have a trilogy fight with former interim 155lb champ Dustin Poirier.

Despite the fact he’s not involved in the upcoming lightweight title fight at UFC 262, Poirier, 32, is currently the No1-ranked 155-pounder in the world.

And Auddie Attar reckons a win in his rubber match with The Diamond will make McGregor the standout candidate to face the victor of the vacant title fight between Michael Chandler and Charles Oliveira.

“I think this truly becomes a No1 contender fight.

McGregor, 32, suffered a brutal second-round KO loss to Poirier in January in the main event of UFC 257 in Abu Dhabi.

And Attar believes the American’s series-levelling victory in Abu Dhabi has set the stage for one of the biggest fights in the sport’s history.

He said: “The one thing about Conor McGregor is it’s not all about wins and losses. It’s about the journey.

“Not only from all the great things that have happened in his career athletically and from a business perspective, but also just wanting to also evolve and grow and not live in the past with anything we do.

“Whether it’s his athletic career or business ventures. It’s a huge fight for the sport.

“I think that the fans, the fighters, all the different stakeholders are just so excited about this opportunity to square it up and see who is truly is going to be the better fighter – not only of the night, but of the trilogy.”

McGregor is relishing the rubber match, which could make or break his hopes of competing for UFC gold again.

After the announcement of the trilogy last Wednesday, the Dubliner told ESPN: “I signed my bout agreement this morning.

“The Mac is back in Sin City! Full house!”