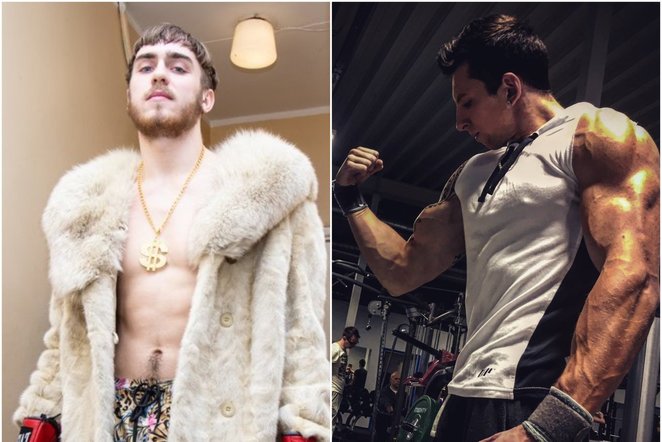 “I always wanted to meet (a) bodybuilder in the ring. People who are pumped have a big ego,” Rimkus told Mantas Stankevicius of Sportas LT.

“I’ve seen a lot of his fights. I was not very impressed,” said Virsila.

Rimkus is one of KOK’s top young prospects, and has developed a large fan following from colorful ring entrances and post fight interviews. He improved his record to 5-1-1 with a unanimous decision over Poland’s Filip Rzadek in September.

Virsila is an IFBB (International Federation of Bodybuilding and Fitness) athlete with a combined total of over 100,000 followers on Instagram and YouTube. He’ll be the physically bigger man when the two face off in the ring.

The war of words began when Virsilia was asked by an Instagram follower what he thought of Rimkus’s skills. Virsila told the fan he liked Rimkus personally but doesn’t “see him as a promising fighter.”

The two started going  back-and-forth on social media  and a match was finally arranged. A final agreement on the weight and rules (boxing or kickboxing) are still to be announced by KOK President Donatas Simanaitis.

“I have unfinished business in the kickboxing ring. I want to fight for the champion belt. For the time being, we need to deal with R Virsila,” said Rimkus.

“I know that I will give myself all in the ring, I will try to win,” Virsila vowed.