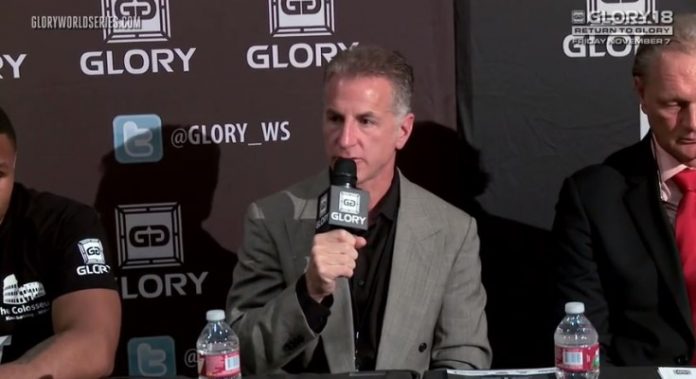 Jon J Franklin: “I Wish Them The Best”

Kickboxing Z reached out to former GLORY CEO Jon J. Franklin to see if the longtime sports executive had any comment on news GLORY Kickboxing’s parent company is in receivership.

Last Friday, Dutch journalist Giovanni Tjin broke the story GLORY Sports International Pte. Limited, the Singapore-based parent company of GLORY Kickboxing is in receivership. There is a rumor circulating the company has debts in the vicinity of 70 million Euros. GLORY personnel would not comment on the debt.

Franklin, who previously worked in professional boxing with the late promoter Dan Goossen, is credited with helping rebuild GLORY after it left its TV deal with Spike TV in the U.S. With Franklin at the helm, GLORY secured a broadcast deal with the ESPN network.

In January 2018, Franklin transitioned from GLORY CEO to its Chief Development Officer when the company hired Marshall Zelaznik. He currently heads the World Pro Ski Tour.

Franklin had nothing but good wishes for his former colleagues in the GLORY federation.

“At the moment and as a huge Glory fan, all I want to do is wish them the absolute best wishes for ultimate success going forward,” he said.