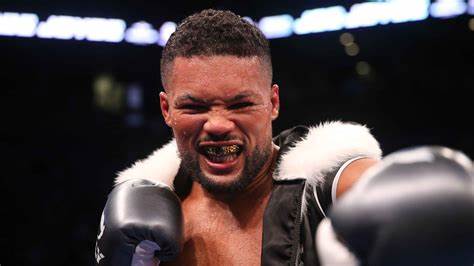 JOE JOYCE wants a summer fight with Tyson Fury or Oleksandr Usyk – and slammed Anthony Joshua for “gloating” about their amateur bout.

Joyce is the WBO mandatory challenger and primed for a shot at the world titles next year.

But firstly Fury, 34, and Usyk, 35, are set to meet in the heavyweight division’s first four-belt undisputed decider.

It leaves Joyce, 37, waiting in the wings for a summer showdown against the winner of the historic unification.

He told Sky Sports: “I’m planning to have a fight in March, while all the others are taking a fight.

“For the summer one – go for a big one, like Usyk or Fury. I’ll be ready because I’ll have had one at the beginning of the year to get me going.”

Joyce has called for a British blockbuster against former sparring partner Anthony Joshua, 33.

The pair have history dating back to the amateurs, when AJ recorded a 2011 stoppage win in the final of the ABA Championships.

Joyce had beaten southpaw Dominic Akinlade to progress – a matchup not greatly suited to prepare him for Joshua.

In the years since, AJ has referenced the decade-old victory.

But Joyce said: “When I fought Joshua I still had the southpaw mindset so I was walking on to his right hand and got three counts in the first round.

“We can right them wrongs in the pros. They [the referees] are not going to jump in prematurely in the pros.

“I won’t have to fight twice, I’ll fight once and beat him! He was gloating. That’s what kind of triggered me.”

Joshua is coming off consecutive points losses to Usyk but will make a return in early 2023.

Joyce is ready to settle their score in the ring but claimed his rival is not so keen.

“He never mentions my name for some reason,” Joyce said of a potential Joshua fight.

“Joshua’s still very marketable and sells out stadiums. I’m getting to that level now so it would be good to have a showdown in London, north versus south.”