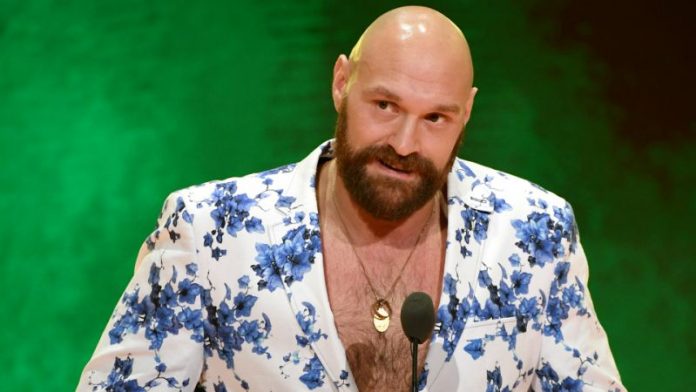 Tyson Fury plans to fight for another nine years

Tyson Fury has backtracked on his initial retirement plans and the world heavyweight champion is now planning to fight until he is 40.

The 31-year-old has two fights remaining on his current contract and had previously spoken of his desire to walk away from boxing at the conclusion of that deal to spend more time with his family.

Having stopped Deontay Wilder to win the WBC title in February, Fury was set to fight the American for a third time this year before the coronavirus pandemic put boxing on hold.

And now, with talk of a unification bout against fellow Briton Anthony Joshua continuing to gain traction, Fury has suggested he is not hanging up his gloves any time soon.

“I’ve been thinking about it, and there isn’t much else to do anyways. So yeah, I may as well keep fighting.

“I don’t see anyone out there that can challenge me anyway. I just flattened the best one out there, the toughest opponent out there is Deontay Wilder, and we all saw what happened to him the last time out.”

Fury has fought 31 times as a professional, winning 30 of those fights and drawing just once, in his initial bout with Wilder.