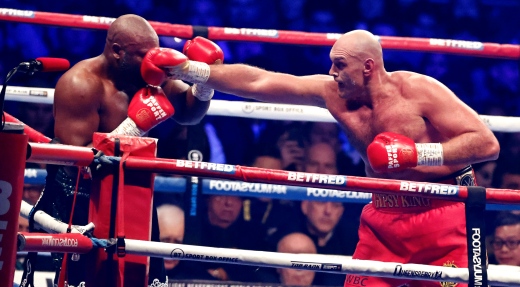 Fury beat Chisora for a third time on Saturday at the Tottenham Hotspur Stadium to retain the WBC heavyweight title.

Reports suggest the Gypsy King left North London with a rather lucrative purse that was much larger than his rival.

Fury made £20million, whereas Chisora left with £2m after their heavyweight showdown.

The Gypsy King stopped Del Boy in the 10th round to extend his stunning undefeated streak to 34 fights, of which he has won 33.

The popular Brit now has his sights set on a bigger challenge that could come with an even bigger payday.

The 34-year-old bruiser is targeting fellow undefeated heavyweight Oleksandr Usyk, who was sat at ringside in Tottenham.

The pair had a heated face-off on the ring apron, in which Fury roared: “Where’s Oleksandr Usyk, the rabbit?!

Fury has also been linked with another all-British main event against Anthony Joshua. 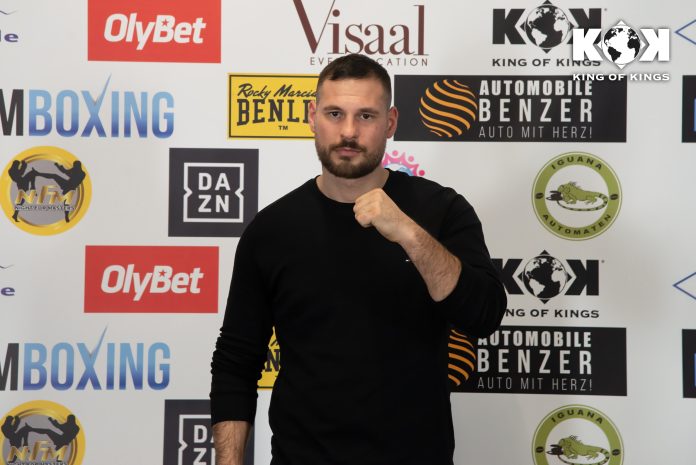 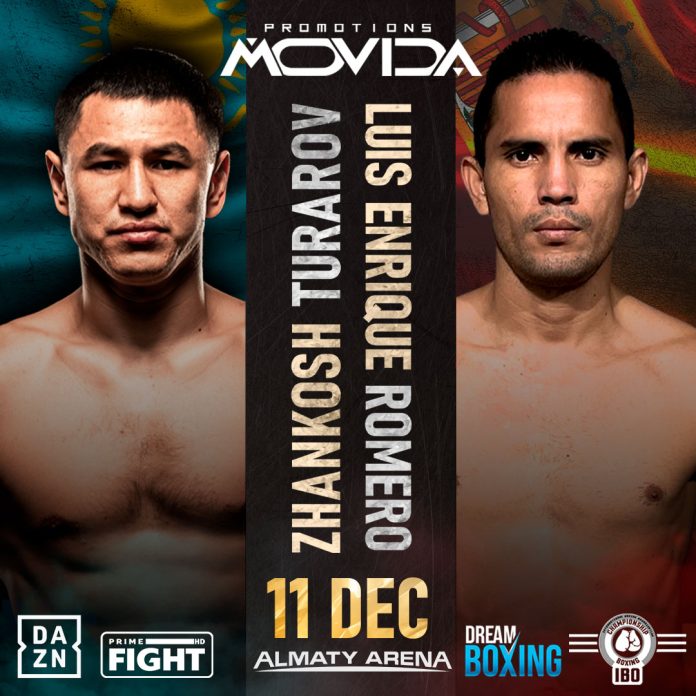 Crazy record 25-0 of Zhankosh Turarov will face in Big Drama Show against of TOP 60 Luis Enrique Romero for IBO Intercontinental.

Follow the action of the fight night to see who will leave the ring with belts! 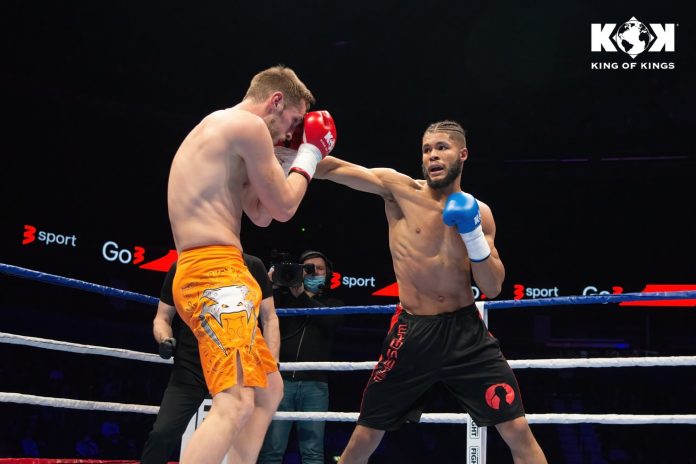 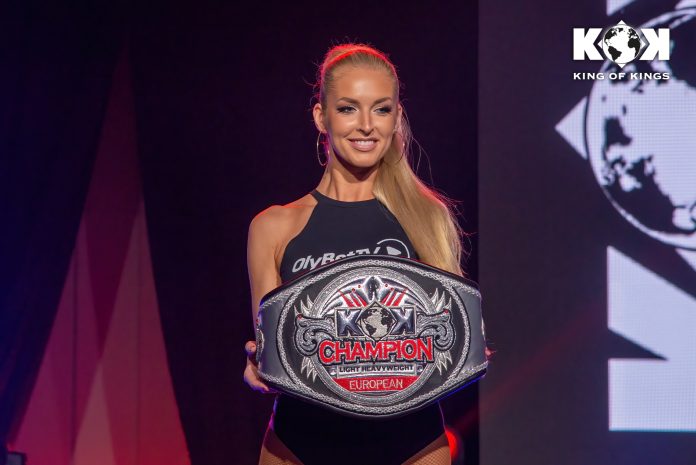 King of Kings came to Riga, Latvia this past Saturday as they continue their European tour this autumn / winter. The event featured the first ever KOK European Light Heavyweight Title fight which saw Latvia’s Kristaps Zile defeat Michał Walczak of Poland to become the inaugural champion. Full results for the evening can be found below. 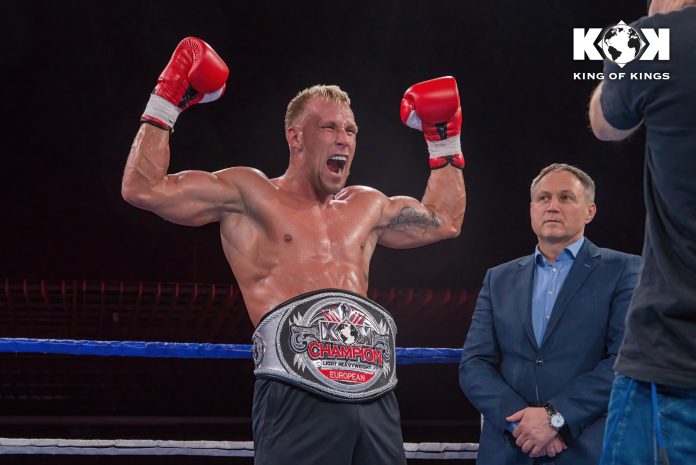 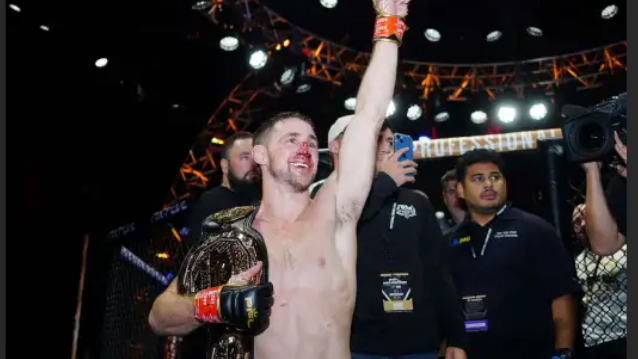 Loughnane knocked out American Bubba Jenkins in round four of their winner-take-all finale fight in New York.

Loughnane, 32, said: “Forget the belt, forget the million, it’s about the performance.

“I believe I’m one of the best featherweights in the world in any organisation and I proved that tonight.”

The PFL is MMA’s only league format, consisting of a regular season and playoffs.

Stars in each weight division have two qualifying bouts, where points are earned per method of victory.

The top four then progress into the knockout stages, resulting in a finale fight between the last two.

Loughnane beat New Yorker Chris Wade, 34, in August in London to book his place in the Madison Square Garden showpiece.

And he did the double over his American rivals by stopping Jenkins, 34, in front of his elated friends and family.

Loughnane celebrated the win with his loved ones and dedicated the fight of his life to his mum.

He said: “This woman here is my rock. She spurred me on when we didn’t have a pound in the back and now look at what we’ve got

“That’s why I’m crying. I’m emotional. Thank you PFL and to all these people who spent their money to come here tonight.

“Times are hard. Covid just ended. Everyone here, thank you.” 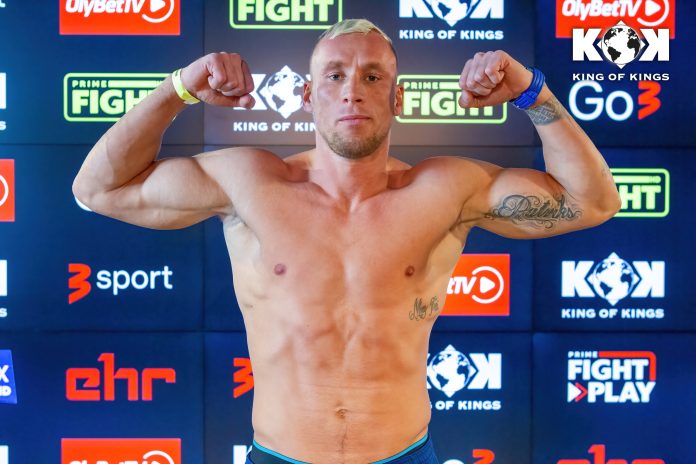 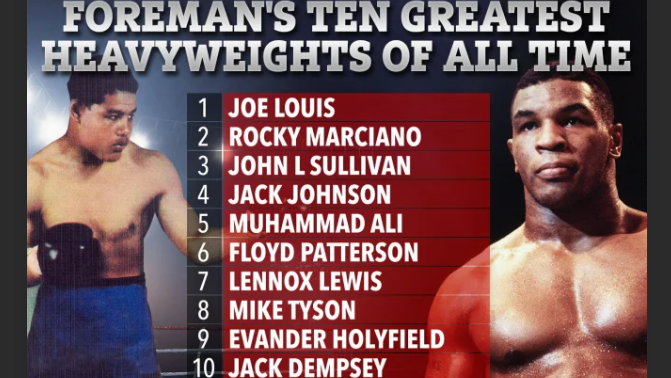 JOE LOUIS has been named the greatest heavyweight of all time by George Foreman – with Lennox Lewis and Mike Tyson also on the list but no WBC champion Tyson Fury.

Foreman, who in 1994 knocked out Michael Moorer to become the oldest heavyweight champion of all time aged 45, boxed over FOUR decades.

And having faced legendary names such as Joe Frazier, Muhammad Ali and Evander Holyfield there is arguably no better man to rank the best of all time in the blue ribbon division.

But it’s a figure Foreman idolised, not faced, who he believes is the No1.

In an exclusive interview with SunSport, Foreman said: “Joe Louis is greatest of all time heavyweight as far as a boxer is concerned.

Ali is arguably the most popular heavyweight of all time, and Foreman ranks his influence outside the ring as his greatest gift.

He explained: “They never even saw a boxing match in their lives, because he was a great man and the greatest personality and overall, to talk about Muhammad Ali from a pure boxing perspective is a put down.

“He was greater than that. Everybody’s life has been better because of Ali.”

Dempsey reigned as champion from 1919 to 1926 and gained recognition for his punching power and aggressive fighting style.

Such was his popularity he was the first boxer to bring in first million-dollar gate from ticket sales.

Dempsey was a major pioneer in boxing hitting mainstream TV channels and can be thanked for his influence in heavyweight headliners going on to become the box office attractions they are today.

Holyfield was the first fighter to ever hold cruiserweight and heavyweight world titles, with Brit David Haye then becoming the only man to join him.

The ‘Real Deal’ is also the only four-time heavyweight champion, reigning during the late 90s and early 2000s.

Involved in great rivalries with Tyson, Lewis and Riddick Bowe, Holyfield’s explosive speed and power made him a favourite among fans.

Tyson still sits as the youngest heavyweight champion of all time, having battered Tervor Berbick in 1986 when he was just 20.

His devastating punch power and ruthless aggression made his fights a must-see event – but a lack of discipline led to troubles in and out of the ring.

After being upset by Buster Douglas in 1990, Tyson went on to win the title again in 1996, but after losing key fights against Holyfield and Lewis, the passion was gone and he retired in 2005.

As a heavyweight Lewis has completed it all with legendary wins over Tyson, Holyfield and Vitali Klitschko.

The Brit star lost just twice, in shock upsets to Olivier McCall and Hasim Rahman, but avenged both – meaning he beat every man he shared the ring with.

He is also the last undisputed heavyweight champion, but an asterisk must be be applied as he did not hold the WBO belt, at the time not recognised as a major world title.

Paterson, at 21, was the youngest heavyweight champ of all time until Tyson broke the record, but he also became the first man to lose the belt and then regain it.

He fought but lost to both Ali and Sonny Liston and is celebrated for his softly spoken approach yet heavy hands.

Patterson was nicknamed ‘The Gentleman of Boxing’.

Widely recognised as the most iconic fighter of all time, Ali transcended the sport and inspired generations with his talent and larger-than-life persona.

He beat the likes of Liston, Patterson, Ken Norton, Frazier and Foreman on his run as a three-time champion that included historic events such as “The Rumble in the Jungle’ and ‘Thrilla in Manilla’

Not only was he a genius on the mic but his footwork and combination punching qualifies him as one of the best pugilists ever to lace up the gloves.

Johnson became the first African American world heavyweight after defeating Tommy Burns in 1908 having been denied a title shot due to his skin colour since turning pro in 1898.

The “Galveston Giant” became a cultural hero having battled racism throughout his career but never got another shot at the belt after losing it to Jess Willard in 1915.

Johnson had just 35 KO’s in 70 wins, instead relying on boxing skill and speed.

Sullivan is both recognised as the first gloved heavyweight champion in history and last in bare-knuckle under the London Prize Ring Rules.

The Irish-American, known commonly as John L, became a star during the late 1800s and went on to become one of the highest paid sportsman during the era.

His career also became a catalyst to newspapers first covering boxing and other sports.

Marciano remains the only heavyweight champion to have retired undefeated.

He made six title defences and was renowned for his come-forward style, power and durable chin, proving too relentless for challengers to come, including an ageing Louis.

But a lack of high-profile and legendary opponents unfortunately leaves Marciano usually falling short of credit his record and talent deserves.

Louis was heavyweight champion from 1937 to 1949 – a period in which he defended his title 25 times in the illustrious 13-year run.

More than that, he is widely regarded as one of the first black athletes to achieve the status of national hero in the US.

With 334 KOs in a reported 385 fights, he is regarded as one of the most destructive and hard-hitting punchers of all time.

George Foreman names top ten heavyweights of all time, but there’s no room for Fury as Lennox Lewis beats Tyson – The Sun | The Sun 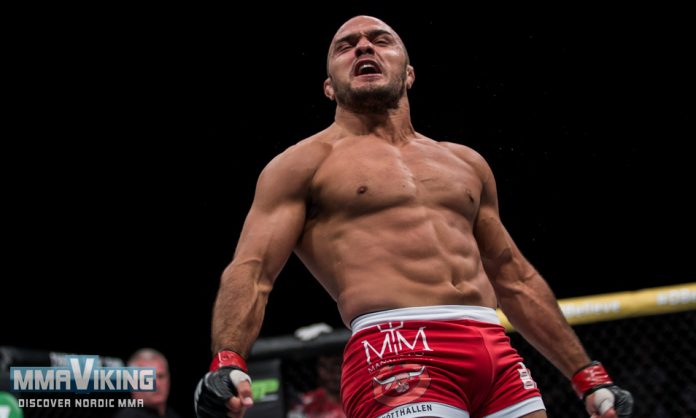 ILIR LATIFI has been suspended for three months after he failed to disclose a potentially life-threatening skin infection.

And after the October fight, the Swede admitted that he had a staph infection but didn’t disclose this to his coach.

Latifi revealed: “Even this week you see my leg is all swollen, I didn’t even tell my coaches but I’ve got a staph infection two days ago.

“It’s an amazing sport but the margins are so small. You put in so much work and this thing happens on the last day.

“Today when I woke up, my leg was swollen and I was like ‘I can’t cancel again’ so I had to fight like this with a fever and a staph infection but that’s part of being a fighter.”

Nevada Athletic Commission presented the ban after Latifi withheld the information before the fight.

The decision was determined to be “potentially life-threatening” as a Staph infection can have fatal effects.

Latifi will eligible to compete again in 2023.

He has been told to pay over £300 in legal fees to resolve the case.

Meanwhile, Conor McGregor has announced plans to make his eagerly-anticipated return to the UFC “early” next year.

The MMA superstar is in the final stages of recovering from the horrific broken leg he suffered in his trilogy fight with rival Dustin Poirier last July.