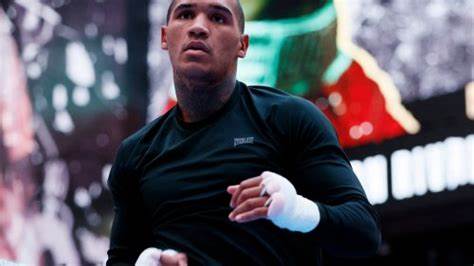 CONOR BENN remains free to fight with the WBC in no rush to settle his case.

The 26-year-old son of British ring legend Nigel has been sidelined since his October catchweight clash with Chris Eubank Jr was cancelled over two failed VADA doping tests.

Benn insists he is innocent and has his case supported by a pair of passed UKAD tests taken around the same time.

He has sent the Mexican sanctioning body a 270-page document SunSport understands will explain the contamination of his sample by the Voluntary Anti-Doping Agency as the cause.

Eubank Jr, 33, has moved on with his middleweight career with a fight on Saturday night against Liam Smith.

But Benn – who ripped up his British Boxing Board of Control licence over their handling of the farce – has refused to fight until his case is heard and his name is cleared by the WBC.

Frustratingly WBC boss Mauricio Sulaiman has outlined the painstaking process of investigating how Benn’s sample could have been tainted by the doping agency that his organisation employs to patrol the fighters boxing under their banner.

But he has confirmed that the 21-0 ace is under no suspension and the lack of a more thorough public explanation is down to legal protocols.

Sulaiman told The Boxing Voice: “He can fight.

“He is free to fight. He is not in any way suspended.

“The WBC is going through the process.

“We received a document from his team of 270 pages and within that document, there are many matters that need further investigation and action.

“This is not a matter that can be simply resolved with sympathy or saying ‘X, Y and Z’.

“We have to go into the facts because there are legal implications.

“We will have to take all the time necessary.”

Eubank Jr, like a lot of Benn’s critics and doubters inside the sport, are taking his silence as an admission of guilt.

But Sulaiman has confirmed that until the WBC has completed their own internal investigation, that SunSport believes does not even include Benn, the details will remain annoyingly vague.

He said: “We received their document, we sent a letter back to their lawyers and it took three weeks for them to respond.

“It is not that we have stalled the case, we are actively working on it and following the protocol.

“There are lots of things I cannot respond to because there are legal implications so a complete investigation has to take place.”