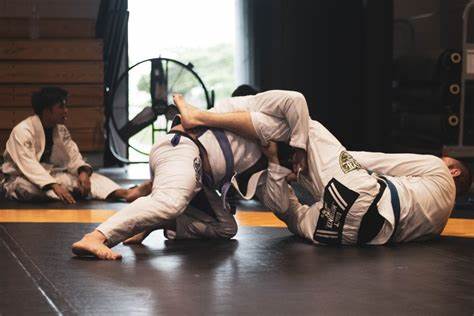 Which Martial Arts Styles Are Most Effective for Self Defense?

We live in a pretty dangerous world these days. Despite our best efforts, a physical confrontation can happen at any time during even the most innocent outing. Consider the numerous brawls that have occurred at Disney World Orlando in recent months. Today’s society is filled with aggressive people, and knowing how to protect yourself is more important than ever.

When it comes to street fighting and survival, there are two main areas of self-defense. These are striking on the feet and fighting on the ground. While knowing both aspects is most beneficial, being proficient in at least one can be the difference between surviving the attack and being at the mercy of your attacker.

However, not all self-defense tactics are created equal. Some martial arts based on these two primary areas stand above the rest. In this article, we’ll examine the four self-defense martial arts most effective in a street fight.

Having to defend yourself against an attacker when you don’t know how can be terrifying. Adrenaline rushes through your body as fear and panic set in. Your mind races and instantly goes into fight-or-flight mode.

If fleeing is not an option, a decision must be made to stand and fight. When you have the skills to protect yourself in such a situation, the decision comes with a bit of comfort and confidence.

According to an article in Military.com, it’s estimated that 85% of street fights end up on the ground. So, it’s no surprise you should be getting some grappling skills. In terms of martial arts, grappling can be divided into three categories, namely Judo, Brazilian Jiu-Jitsu, and wrestling.

As one of the oldest martial arts in the world, judo is derived from the old Jujitsu schools of the Japanese samurai. This knowledge was collected by Kanō Jigorō

and he then began to teach Judo at the Kōdōkan School of Judo in 1882.

Originally designed for real-world combat, it’s obvious why it’s effective in street fights. In Judo, your opponent is thrown to the ground and controlled by applying pressure to their joints and neck. Judo involves using your opponent’s force against them.

Rather than opposing their momentum, you redirect it to your advantage. It’s impossible to control the decisions of an attacker, but it is possible to defend yourself from the attack.

Using the attacker’s momentum gives you the advantage if he or she is bigger and stronger. This is especially beneficial for women and children. As you can see from these real-life scenarios, judo should be high on the list if you are looking for real-world techniques to protect yourself.

Made famous by the Gracie family, Brazilian Jiu-Jitsu (BJJ) is tried and tested on the streets. It was perfected by the legendary Brazilian sports hero and fighter Helio Gracie.

In this style of fighting, the fight is taken to the ground intentionally to nullify size, reach, and strength advantages. BJJ enables a smaller person to use joint manipulation and body position to defeat a bigger opponent. Because of its proven techniques, a proficient practitioner can submit a much larger and stronger opponent.

There are many videos on the internet showing its effectiveness. Police officers and military personnel receive training in BJJ for close-quarters combat. Combining this martial art with wrestling, our third most effective martial art, can make it 10 times more effective.

Wrestling is widely considered the oldest form of combat, dating back to the ancient

Egyptians. Medieval Europe also practiced the art of wrestling. There are several types of wrestling, including Freestyle, Greco-Roman, Sambo, and Submission.

Wrestling is a grappling art that involves:

Because of its effectiveness, it’s also taught to both military and police officers. As a mainstay in school sports and on the Olympic stage, wrestling has been a staple in sports for centuries.

Striking on the Feet

A person’s ability to fight on his or her feet is just as essential as their ability to grapple. It’s vital to know what to do when fighting from a standing position so that you can stop the threat as quickly and effectively as possible. When the fight starts, striking martial arts such as boxing, Muay Thai, and kickboxing are most effective on the feet. You could end the fight early with these skills to avoid the hazards of rolling around on the ground.

When talking about effective striking arts on the feet, you can’t go wrong with any of these for self-defense. Because of this point, we’ll count them as one. All are equally effective in a street fight. Since each of them incorporates different techniques, understanding the differences is important. Afterward, you’ll be able to decide which art is right for you.

As with wrestling, boxing dates back centuries. The art of boxing teaches key techniques, such as footwork for body positioning, head movement to avoid punches, parrying incoming punches, and offensive punching combinations to neutralize an opponent. Being skilled in these techniques could effectively end a fight before it even starts with just one accurate, well-timed punch. There are many YouTube videos that show how effective boxing can be in a street fight.

Muay Thai (Thai Boxing) originated in Thailand, the land of smiles. Despite its similarities to traditional western boxing, this form of boxing employs more techniques. Besides being one of Thailand’s most popular forms of entertainment, Muay Thai is also an essential fighting technique taught to Thai soldiers.

Often described as the “art of eight limbs,” Muay Thai involves eight points of contact. Standard punching, knee strikes, elbow strikes, and high and low kicks are all used to take down an opponent. Other techniques include the Thai clinch and sweeps. As can be seen here, Muay Thai is an excellent martial art to learn both for self-defense and a combat sport. Due to its intensity, it’s also beneficial for overall health.

To sum things up, martial arts have been proven useful for self-defense. Choosing the right one is important, as many options are more geared toward sports than real life. Rather than relying on big flashy moves, an effective martial art uses techniques that are practical. They’re based on threat elimination versus scoring points.

Being skilled in any of these arts will give you an advantage over most average attackers on the street. In a dangerous situation, knowing what to do will greatly increase your chances of successfully disabling a threat and getting home safe.

Which Martial Arts Styles Are Most Effective for Self Defense? (blackbeltmag.com)