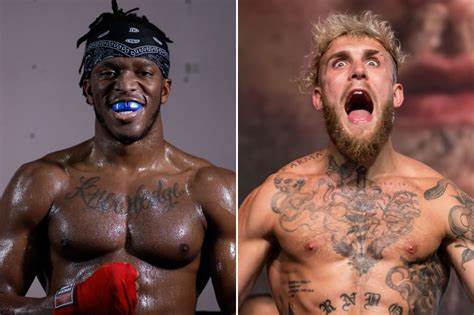 KSI admits he has been inspired back to boxing by bitter rival Jake Paul – but insists their grudge match will be the end of his fight career.

The pair of YouTube foes are in talks to put bragging rights and reputations on the line this year.

Paul is desperate for revenge after KSI took his brother Logan to a draw in 2018 only to win the rematch a year later.

But while doing so, Paul made a name for himself in the fight game and has quickly become a pay-per-view star at 6-0 in the process.

Finally settling the score between the sworn enemies is what convinced KSI back to boxing.

But if he adds another Paul scalp to his collection, it will also be enough to see the social media sensation hang his gloves up for good.

Paul, 25, in January 2020 won against KSI’s close friend AnEsonGib, with the Brit ringside to see it.

The American influencer has since beaten the likes of ex-UFC champions Tyron Woodley, 40, and Anderson Silva, 46.

It has cast doubt on KSI’s chances of beating Paul, which is the same fuel he used to beat brother Logan, 27.

KSI said: “For me, after Logan I was like, ‘Alright, that’s it, it’s done.’ There was no one after it that I was like, ‘I want to fight this person.’

“I beat the best person in this whole influencer space, why else do I need to fight anyone else?

“I was like cool I’ll focus on music, focus on the foundation of music and making sure it was where I wanted it to be.

“Then Jake really started picking up steam and I bigged Gib up to beat him and then he was able to beat Gib.

“Obviously Jake’s beaten all these other people and everyone thinks, ‘He’d destroy KSI.’

“I was like, ‘Nah, nah, nah, nah. They have short-term memories, I swear. Do you not understand what I did when I fought Logan?

“I wasn’t even at the best of my abilities when I beat Logan. Everything was in his favour, I had to gain weight to reach Logan’s level.

“All these things were in Logan’s favour and I was still able to overcome it. I had no interest in fighting again and now everyone thinks Jake Paul is that guy.

“It piqued my interest and I was like, ‘OK cool, new goal: let me come back to boxing and I’ll knock him out.’ After that, I won’t have a goal again. I’ll be good.”

KSI first returned in August and made up for lost time by beating rapper Swarmz, 26, and boxer Luis Alcaraz Pineda, 23, on the SAME NIGHT.

He was due to face Dillon Danis, 29, on Saturday but the 2-0 MMA fighter pulled out.

KSI will instead fight gamer Faze Temperrr, 29, who has two wins and one loss in the ring, live on DAZN PPV.

And it is all one step closer in KSI’s eventual plan to fight and retire from boxing after getting his hands on Paul at last.

He said: “I don’t care who’s in front of me, I just know that I’ll destroy them.