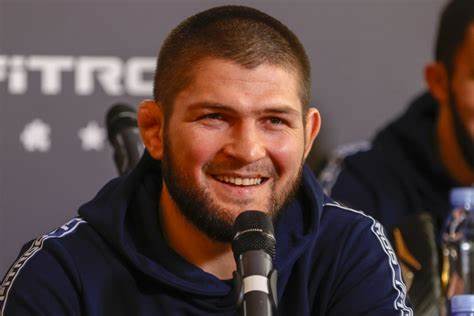 KHABIB NURMAGOMEDOV has retired from MMA coaching to spend more time with his family.

After hanging up his gloves in October 2020, the Eagle stayed involved in the sport by transitioning to life as a coach.

He enjoyed great successes in 2022, coaching Islam Makhachev to his old UFC lightweight title, as well as Usman Nurmagomedov to Bellator’s equivalent belt.

Despite his triumphs, Khabib has decided to turn his back on the sport.

He wrote: “The year certainly turned out to be a very busy and successful.

“Take care of yourself brothers. I hope my decision is only for the best, a big hug to you all.

“Thank you, you were a big reason for my success in sports.”

They wrote of the 34-year-old: “He will no longer train, will not be present with the team at the training camp.

“This is done to spend more time with his family.”

Friend Shamil Zavurov posted a picture of himself with Khabib on Instagram, captioning it: “He’s left this sport, but the sport spirit will never leave him.”

Khabib’s protege Makhachev is set to face his first UFC lightweight title defence without the Eagle in his corner.

The 31-year-old takes on featherweight champion Alexander Volkanowski at UFC 284 in Perth on February 11.

Khabib was cageside as Makhachev beat former champ Charles Oliveira to claim the title in October.