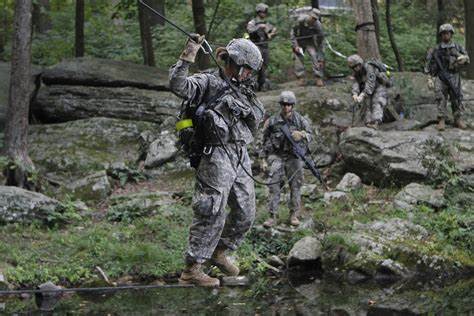 In the Israeli Army, where I served, new recruits have six months to go from high school graduates into soldiers. Instructors need to squeeze every bit of training into these weeks, and there is never enough time to cover everything.

The West Point Military Academy is a far different system. As this is a professional army, this is a military college where students learn how to become officers. There, they learn the skills to lead their soldiers into battle. Therefore, the cadets prepare the way one would for any other career.

It was a privilege to enter a completely different world. Cadets are selected from the top students across the United States. Once accepted, they will have access to the finest facilities and have entire semesters to perfect their skills over a four-year period until they graduate as officers and attend active duty.

At the end of four years, most Israeli soldiers have been released from service for a year and are backpacking through South America. Even officer training in the Israeli army is only, at most, fourteen weeks.

My afternoon with Matt Larsen, Combatives Director at West Point, allowed me to understand what was possible with a vast amount of time and resources but also outlined the principles which can be applied to all martial arts students and teachers.

This fits with the idea of the program. The training these cadets get is not typical of the average soldier. Larsen reports that they will be in charge of maintaining the fitness of their soldiers and working with their subordinate officers to maintain the standard. Having a high degree of knowledge will allow them to set and maintain a high standard for the entire company.

Here are the top three principles I learned from the entire program that every school should implement. (I learned so much from Matt Larsen himself, I filled up an entire second article)

Principle: Learn How to Move

The West Point combatives program starts with learning the fundamentals of movement. Cadets study the basic forms of running, climbing, and falling, as well as basic gymnastics. This allows them to be able to control their own bodies in space, allowing for efficient and ergonomic motion.

Although it seems strange to begin combatives by going so back to basics, this foundation allows them to pick up techniques in more advanced classes much more quickly.

One especially important movement that students must learn is swimming. Not everyone comes to West Point knowing how to swim. By the end, they must learn not only how to do so but how to do so under stressful conditions such as not having use of their feet and hands. While this may not seem like combatives on the surface level, the skills of keeping their composure in stressful situations are vital for being able to function on the battlefield.

Principle: Learn the Rules, Then Break Them

After movement, comes classes in actual combatives. The first class is boxing. Of course, students are not expecting to go three rounds with terrorists. However, learning to punch, block, move, defend, and pivot will become the foundational fighting skills.

After that, students learn a form of ground combat that also allows for striking. The final class is a close-quarters combatives class that brings in weapons.

Each class builds on the other, in order to create students who are able to fight in close-quarter situations. Although one would imagine that soldiers would primarily use weapons, Larsen illustrated that many times, using weapons would be counter-productive and seen as brutal when working in foreign countries, and soldiers must be able to defend themselves without resorting immediately to shooting.

Larsen described the learning process as getting from short-term memory to long-term memory. He compared it to learning letters, and then building them into words, and then making use of those words to form independent thoughts.

Students first learn the basic principles of combatives, but then learn to work them together to be able to form battle strategies of their own. The emphasis isn’t on memorizing but on making combatives natural to the student.

This is shown by the way each semester builds on the other, utilizing the skills from previous ones to build a more rounded skill set. From movement comes boxing. From boxing comes the groundwork. And the final class creates the well-rounded warrior.

Principle: Learn to Cultivate a Spirit of Healthy Competition by Competing for Mutual Improvement

I was surprised by how hard the students were going at each other. During the tests, hard strikes were allowed on the body. Cadet Caitlin, one of the students about to test, explained that any strikes above the hip and below the clavicle were permitted, making them extremely painful.

Also, these tests were given in public before all of their peers, which means the losers would be known to everyone. “Fighting publicly, the fear of public humiliation, that is something you just have to overcome with every single class,” she explained. Since the events were publicly graded, cadets had to get used to being criticized publicly and taking it with grace and honor.

Given that the students work and live together in such close proximity, I wondered if there would be hard feelings.

Cadet Fahad, the other of the two students I interviewed, said no. “It’s all about maintaining your composure.” But after class? “It’s all love.” He shared how they go really hard on each other in class, but afterward, everyone was extremely supportive of each other. “They’re breeding warriors here, but at the end of the day, we can go back, do our homework together, and laugh it off, It’s a new day.”

West Point has created an atmosphere where students go hard on each other to improve each other, so the harder one goes on one’s partner (appropriately), the more camaraderie it shows.

Most gyms can’t replicate the West Point Academy experience. Most armies can’t even do it. But the principles from this elite program can be brought to training everywhere.

I know I have been inspired.