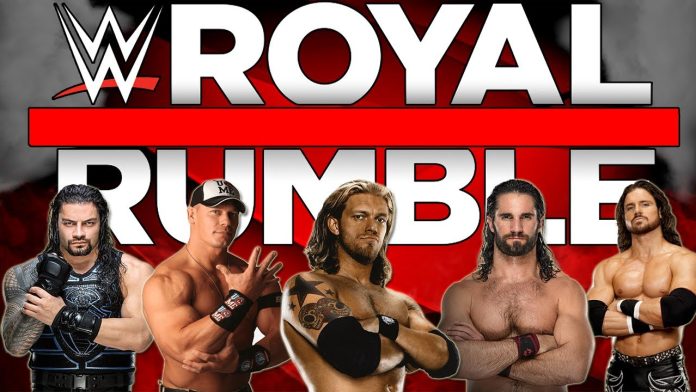 WWE’s annual 30-superstar extravaganza the Royal Rumble will soon be amongst us!

Who will be victorious in the over-the-top-rope bouts and go through to WrestleMania 39 in Los Angeles?

And according to reports, the Great One himself, The Rock could be making an appearance to set up a big Mania clash against his cousin, and the current Undisputed champ Roman Reigns.

Like last year, WWE are planning the big show on a Saturday night.

The show will start at 1am UK time, which is 8pm ET.

What TV channel and live stream is WWE Royal Rumble 2023 on?

The WWE Royal Rumble 2023 will be LIVE on the WWE Network in the UK.

While in the US it will be broadcast on Peacock.

BT Sport Box Office are also expected to carry the show on a one-off payment.

WWE Royal Rumble 2023 – what matches have been confirmed?

So far, no matches have officially been announced.

Although all roads seem to be leading to Roman Reigns vs Kevin Owens for the Undisputed Championship.

And there has been reports of a ‘Pitch Black’ match, involving Bray Wyatt and LA Knight.

Brock Lesnar won the Royal Rumble 2022 after losing his WWE Title to Bobby Lashley earlier in the night.

Lesnar then went on to lose in the main event of Mania to long-time foe Roman Reigns in a winner-take-all title unification bout.

Ronda Rousey made a shock return to win the Women’s Royal Rumble.

The fellow former UFC star then went on to also lose at WrestleMania, to Charlotte Flair.