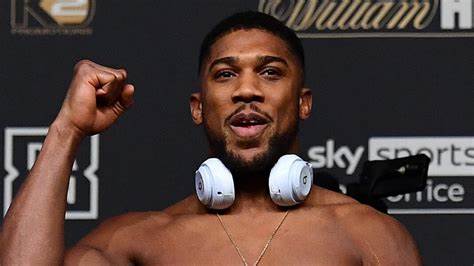 Anthony Joshua needs a ‘stricter camp’ after having it too ‘easy and quick’, says former trainer Robert Garcia

ANTHONY JOSHUA needs a “stricter camp” after having it too “easy and quick”, his former trainer Robert Garcia said.

AJ is on the scout for a new training team in America following consecutive losses to Oleksandr Usyk.

After the first, in September 2021, Joshua parted ways with long-time cornerman Rob McCracken, who led him to gold in the amateurs and pros.

He replaced McCracken with esteemed US mastermind Garcia, but following rematch defeat to Usyk, 35, the two have now also split.

The ex-world champion has opened up about the separation and revealed what Joshua, 33, must do ahead of his return.

Speaking in Spanish to Izquierdazo and translated by Boxing247, Garcia said: “Everything was kind of easy and quick for him.

“He thought that that was the right way to do it, that he didn’t need to do it in another way.

“But when the time comes for this kind of fight, with fighters of a higher level, tougher fights, harder fights, you need a stricter camp, where he follows indications.”

More recently, AJ was in Texas to link up with trainer of the year candidate Derrick James, who coaches Errol Spence Jr, 32.

Joshua brought Garcia over to England for his camp before losing to Usyk a second time.

But he has been urged to set up shop in the States full-time and start from fresh.

Garcia said: “I feel that he is taking the decision about coming to the United States.

“Because, if he came to talk with trainers such as Derrick James, who is very busy here in the United States, I don’t think that AJ’s plan is to take him to Europe, maybe he is planning to stay here.

“And I will be happy to see him here, even if he is not working with me. AJ needs a change, a completely new change to what he is not used to.”

Anthony Joshua needs a ‘stricter camp’ after having it too ‘easy and quick’, says former trainer Robert Garcia | The Sun