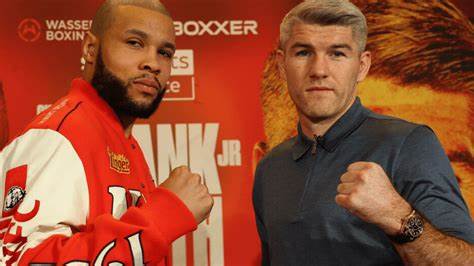 DILLIAN WHYTE has called out Anthony Joshua for a rematch.

The 34-year-old beat AJ in the amateurs but lost their 2015 British title battle.

Now a third clash is all but secured after the London 2012 legend turned up to be ringside to watch Whyte scrape past Jermaine Franklin on points at Wembley Arena last month.

And Whyte has teased fans by posting a snap from their last bout.

He captioned the photo: “Lets run it back.”

But after Whyte drastically underperformed against Franklin as he edged a majority decision 115-115, 116-112 and 116-112 on the cards, and Joshua will not fear his own Spring comeback against his oldest foe.

Franklin showed a clever jab, a decent left hook and all the fundamentals to pose Whyte a problem, and was adamant he had be “robbed” after the judges handed the Brit the fight.

AJ could be spotted in the VIP seats smiling at his potential prey and pointing out weaknesses to his pals.

Joshua has been taking a break from boxing following consecutive defeats to Oleksandr Usyk and failed talks to face Tyson Fury.

And Whyte wasted no time in igniting a war of words with the man he beat in the amateurs but lost to six years later in their 2015 thriller.

He told JOE: “You could be speaking to him, and he just looks a bit spaced out and a bit absent-minded and a bit vacant.

“But at the same time, he’s a good boy and an advocate. There’s no consistency.

“That’s what I mean, he’s weird, no consistency, no real spine or backbone, just a bit all over the place.”