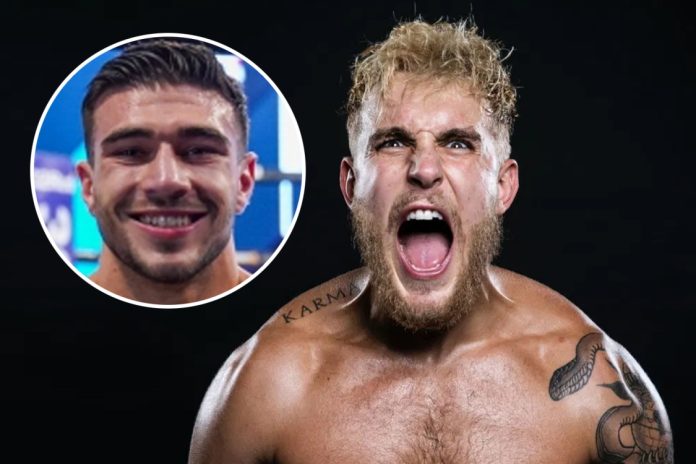 JAKE PAUL and Tommy Fury have an agreement in place to reschedule their grudge fight once again.

Paul was a ringside guest for Fury’s boxing return on Floyd Mayweather’s undercard in Dubai.

He went six exhibition rounds with last-minute replacement Rolly c, who filled in for Paul Bamba.

Bamba, 33, was withdrawn from the bout amid a weight disagreement and Lambert, also 33, came in on just hours notice.

As a result, the fight was changed to a six-round exhibition.

Paul was unimpressed and heckled Fury before and after the fight, causing a row between the pair.

Fury’s dad John ripped off his shirt and called out the YouTuber-turned boxer, before security intervened.

John later told press after the fight that he shook hands with Paul’s manager Nakisa Bidarian over a rescheduled date for February.

He said: “I’ve locked him down, backed him into a corner and checkmated him. He’s agreed to a February bout.

“He shook my hand, he gave me his word of honour his manager, it’s happening in February.

“I said, ‘Listen, if you back out, you’ll never live it down in your life and you can’t break a man’s handshake.’

“Contracts mean nothing to me but a handshake does and my word, you can build a tower block on it.

“He’s given me his word, his manager, we fight in February. And where better place? The world of Dubai.”