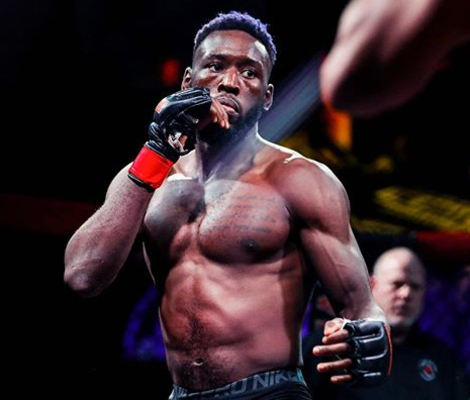 DILANO TAYLOR was paid just $700 for his first MMA fight – now he is one win away from $1million.

Taylor is in the final of the Professional Fighters League’s 2022 season where he faces Sadibou Sy in the showpiece event.

And it will mark a stunning transformation from the night Taylor made his pro debut, in 2016 in Florida.

“It wasn’t that bad, for MMA I guess. But it wasn’t anything life changing.”

Taylor knows he is potentially 15 minutes away from altering his and his family’s life, but insists it will not change him.

He said: “I feel like with the million dollars there’s a million reasons to do different things. But if it ain’t broke don’t fix it.

“Of course a million dollars could make things a lot better for things in my life and my family’s life, and I plan to do that.

“In my family, I’m like the bread winner if that makes sense so when an opportunity comes like this I can change the course of generations, making things right.

“But as far as me changing as an individual, next season they’re still going to have to see me.”

Taylor started the year by winning the PFL’s Challenger Series, affording him a chance in the regular season.

Stars in each weight have two qualifying bouts, where points are earned per method of victory.

The top four in each weight then progress to the knockout stages where the $1m-winning finale fight awaits.

For Taylor, he earned only three points in his first two bouts following a points win and loss.

But after Russian Magomed Umalatov was pulled out of the semi-final in Wales, Taylor slotted in as an alternate to face ex-UFC champion Rory MacDonald.

The American took his chance with both fists, knocking out MacDonald and signalling a passing of the guard.

Taylor said: “So let me break it down, when Rory fought Roby Lawler, he was my age, he was 25 fighting for his first world title.

“I’m 25 fighting for my first world title, when I fought Rory his record was twice my record at that age.

“I felt like me fighting him was a passing of the torch almost, like you’ve had your time, now is my time to shine.”