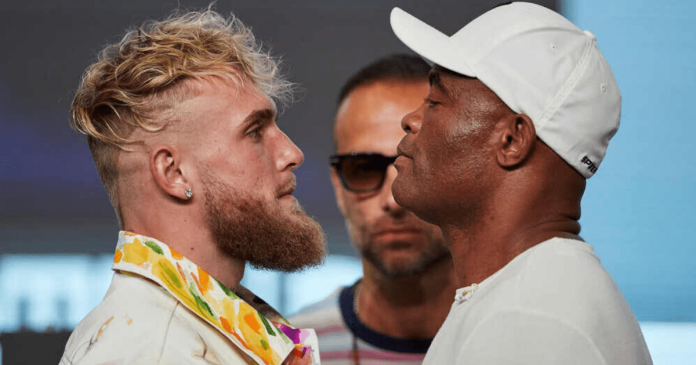 ANDERSON SILVA has been deemed medically fit to fight Jake Paul after passing an MRI scan and medical exams.

The pair are due to fight over eight rounds in Arizona this weekend.

But Silva, 47, caused concern after saying he was knocked out two times in training for the 187lb catchweight clash with Paul, 25.

The UFC legend – speaking at the open workout – later clarified that it was just kidology and lost in translation.

But the Arizona commission reacted by organising a meeting at 6.30pm local time to discuss the claims.

Silva took an MRI scan on Wednesday, which along with previous medical exams all came back with “pristine” results.

He said: “Given all the work we’ve done on concussion protocol and emphasis we’ve been placing on fighter safety, it just left me really concerned.

“However, once I had further information, the letter from Silva, the written statement from his trainer, and more importantly, the results of the medical examinations and the approval of the physician reading the report, I became much more comfortable, and I have no objections to Mr. Silva participating in the event this Saturday.”

Yancy Jencsok, the commission’s legal rep, added: “If commission has no concerns, they don’t need to do anything at all.”

Paul reacted to the news by tweeting: “Stop playing with me! #PaulSilva is 1000% happening.”

Silva initially addressed the comments when speaking to media members just three days out from the fight.

He said: “Listen guys, let me tell you something very important.

“When I talk about the guys doing the hard sparring and the knockout, it was just joking.

“Because I’m training with the young kids and the guys asked me, and I don’t put nothing bad in my mind, and the guys say, ‘Oh, Anderson take knockout in training.’

“Of course not. I just like to help and put my partners up, that’s the question.”

Silva made the controversial comments during an interview with MMA Weekly.

“Second, this sparring session I referenced was in early September.

“The interview with MMA Weekly was done on Sept. 13 and, for some reason, just released this week. So, it wasn’t recent.”