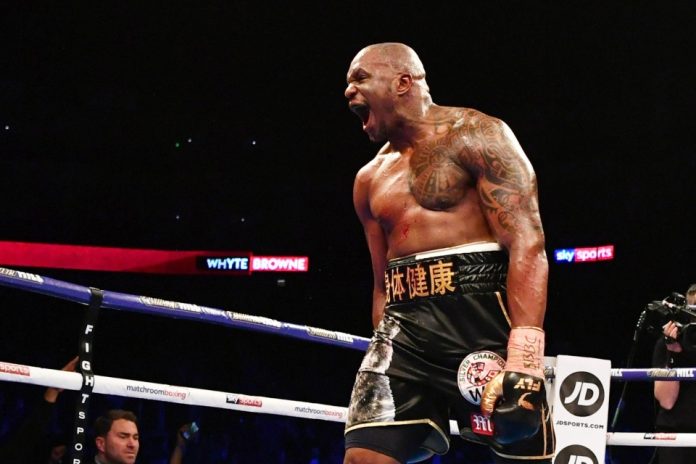 DILLIAN WHYTE will make his boxing return on November 26 against Jermaine Franklin in his first fight since defeat to Tyson Fury.

Whyte was knocked out by WBC champion Fury at Wembley in April, when challenging for the world title.

In the seven months since, he has been in negotiations with several promoters and TV networks.

But Whyte, 34, has chosen to return to Eddie Hearn and sports streaming service DAZN to fight Franklin at Wembley Arena.

He said: “It’s great to be back, doing what I love doing.

“I can’t wait to get into the ring and show the world that when push comes to shove I can get right back up in Wembley and remind everyone why I was WBC number one for over four years.

“As an undefeated heavyweight, Franklin is a dangerous guy but I’m going to teach him quite a few lessons at the OVO on November 26.

“Most importantly, I’m going to teach him how to lose.”

He said: “I’m super hyped to fight in the UK. They love boxing and I plan on making a statement when I beat Dillian.

“I want them to be loud and love my boxing style and have them embrace me as the people’s champ.

“The world will see the real Jermaine Franklin Jr.”

Whyte’s return is not the only piece of heavyweight action on the night.