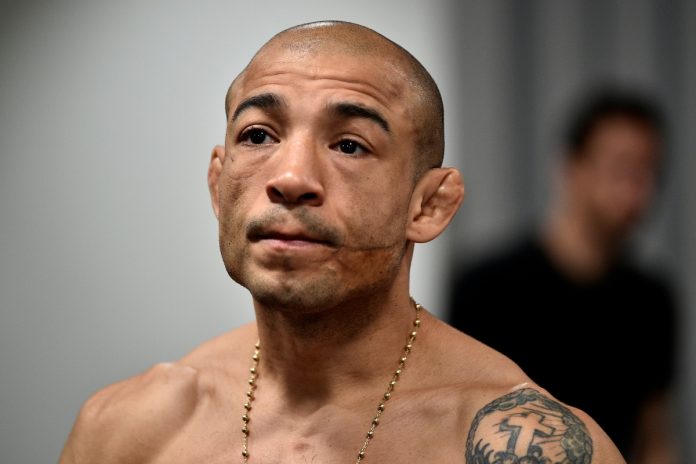 The pair were fierce rivals and shared a years-long beef that continued past their one and only bout against each other.

McGregor famously finished the Brazilian in just 13 seconds after a months-long press tour culminated in the Dubliner ending Aldo’s reign as featherweight king as well as his decade-long undefeated run in 2015.

Despite the animosity that brewed between the pair during their overlapping UFC career, there has been a calming of the waters since Aldo’s retirement from MMA.

Speaking on the Portuguese-language Connect Cast podcast, Aldo recalled the time that McGregor phoned Aldo’s private jet apparently drunk to give him a few more verbals.

He said: “It was funny because the guy [McGregor] drinks a lot.

Aldo ultimately saw the funny side of the exchange and said both he and McGregor understood it was all a part of the game.

“F*** it was funny, he’s a good person because he does understand the other side. He understands the other person. But he’s a guy with a vision.”

The ‘King of Rio’ called time on his illustrious 18-year-long MMA career last month, and McGregor was one of the many that praised one of the best featherweights to grace the octagon.

Responding to Khabib Nurmagomedov’s criticism of Aldo, McGregor said: “Aldo is such an incredible fighter! A real all-timer!…Let’s go Aldo!”

Aldo will be now free to pursue boxing or other combat sports opportunities.

UFC president Dana White was also full of praise for the Brazilian saying: “This will always be his house. I told him, ‘If you ever need anything here, you ever want to go to an event, this is always your house.’

He added: “This is a guy that from the WEC to the UFC helped build the sport, this brand, and Brazil for us.

White concluded: “We love him and we always will. He’s made a great life for himself down there too and done some great things and made a lot of money and I couldn’t be happier for him and his family.”