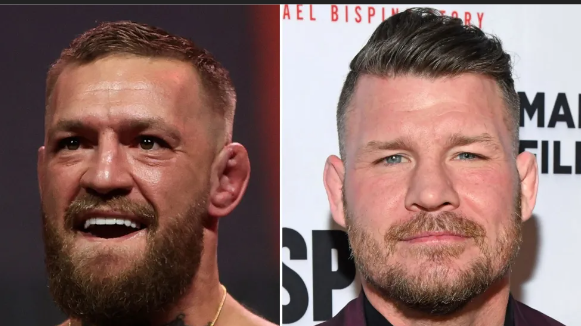 Do you want to go to war?’ – Conor McGregor hits out at Michael Bisping and tells UFC legend ‘I’ll cave your head in’

He tweeted: “All these little twerps wanna be actors now. Little twerps, There’s Only One Mac Daddy.

“Bad to the bone but with a good heart. Action with Jake gyl or Rom com with Sarah Jessica. Bisping, member that show you were in. Ye me neither.”

The swipe came as a surprise to Manchester’s Bisping, 43, who discussed it on his podcast.

He said, via MMA Fighting: “I was just befuddled when I saw that.

“I’m like, where is this coming from? What’s all that about? I mean, God bless him.

“I’m actually on set in Bulgaria and we stopped for a little break, looked at my phone as you do and someone had showed me that on DMs.

“I wasn’t annoyed or anything, just scratching my head, going where’s that coming from out of blue?

“God bless him, he’s doing his first acting role and he’s all pumped about it.”

“He’s all excited, he’s had his first beer and he’s doing a big show with Jake Gyllenhaal, God bless him.

“Just f****** make sure you’ve got your bodyguards around you next time you want to come and talk some s***, you little f***. Jesus Christ.”

McGregor, 34, responded to Bisping in a series of now-deleted tweets.

“Security. You little sausage of a thing. I’ll have security set you up … when you’re in Vegas again, pal.

“Keep my name out of your f****** mouth again or any type of threatening behaviour, or I’ll walk through your front door.

“You little dope. [Go] back where you belong you little clown, you little sprinter.”

‘Do you want to go to war?’ – Conor McGregor hits out at Michael Bisping and tells UFC legend ‘I’ll cave your head in’ | The Sun