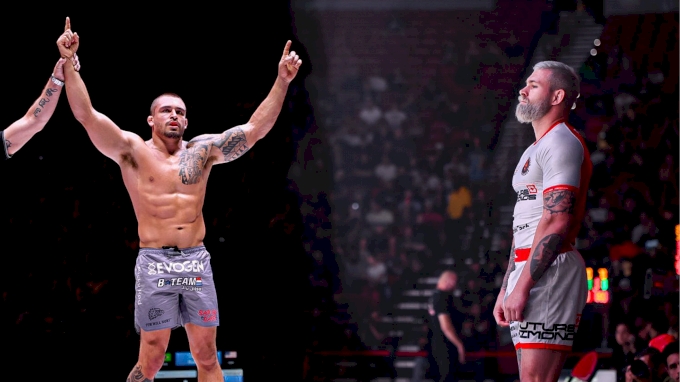 What started as 96 athletes has been whittled down to just 14. Each of the ADCC finalists have been named, and seven of them will be declared 2022 ADCC World Champions.

Here are the finals:

Ffion won her rubber match with Bia Mesquita to earn her second consecutive spot in the ADCC final. This time she’ll take on ADCC newcomer, Ste-Marie, who has won 13 consecutive matches in the ADCC ruleset. It seems, no matter who wins this match, it’s a cinderella story.

After seven years, there will be a new champ at 66kg.

Both of these finalists are in their first ADCC year. Sousa had a submission win in the quarterfinal, while each of Reis’ matches ran the full duration.

These two have only had one previous match; it was in a mixed division when brown belt Sousa took on blue belt Reis.

History is all but set, as whoever wins this match will be the youngest ADCC champion in history. And there couldn’t be a better record setting match. Each of these athletes survived and thrived in the most loaded division of the tournament. Ruotolo hit three submissions, finishing Lachlan Giles, Roberto Jimenez and PJ Barch, while Galvao defeated Oliver Taza and Dante Leon on points, plus Renato Canuto via submission.

The rivalry between these athletes has been silently building for years, and the winner of it will make ADCC history.

Bodoni and Barbosa are 1-1 in their competitive career against each other. Both of those matches occurred at Pans 2021, when Bodoni defeated Barbosa in the heavyweight final before losing to him in the absolute semi.

Bodoni has had an amazing road to the final in his ADCC debut, submitting the 2019 champ Matheus Diniz, and also beating Isaque Bahiense and breakout star Eoghan O’Flanagan. Hulk, an ADCC bronze medalist, took out Vagner Rocha and Josh Hinger — two medalists — to win.

The kind of rematch that happens best on ADCC: Craig Jones will take on Kaynan Duarte in the 99kg final. Duarte has a rare submission victory over Jones, but Jones has been flawless this weekend. He earned two quick submission victories and defeated Nicholas Meregali in a tightly contested semifinal.

The reigning absolute champ Gordon Ryan will face the 2019 silver medalist from +99kg in an anticipated clash of former teammates.

The Finals Are Set | Here Are The 2022 ADCC Finalists – FloGrappling