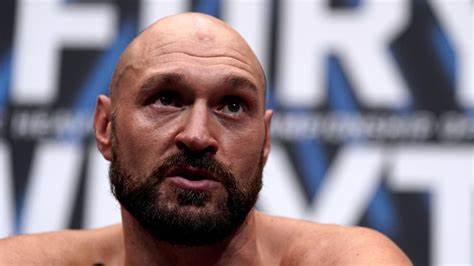 After the 35-year-old Ukraine hero beat Anthony Joshua for a second time on August 20, to retain his WBA, IBF and WBO world titles, the world expected a clash with the WBC Gypsy King.

Saudi Arabia put together a £125million package but insisted on a December 17 date to upstage rival neighbour Qatar’s World Cup final on the following day.

But father-of-three Usyk wanted more time to recover from the 12-round battle, spend time with his family and help his homeland fight back against Russia’s invasion.

So mastermind Fury, 34, has offered battered-and-bruised AJ, 32, the shock chance of a December 3 duel and the big-money deal is almost done, leaving Usyk feeling short-changed.

He told the Ring magazine: “I’m not p***ed off at all. The bigger problem is Tyson Fury is not letting fans see one of the best historical bouts in boxing history.

“Tyson Fury can fight whoever he wants to fight but, from the standpoint of sportsmanship, of course it’s not correct.”

Team Joshua are waiting on a contract from Fury’s hall-of-fame promoter Frank Warren, after the crucial 60-40 purse split was agreed upon, as well as the date and location.

There is a suspicion in the AJ camp that Fury is trying to use them as a ploy to rush Usyk back into the ring for their Middle East mega-fight.

But the ice-cool southpaw is happy to call his bluff and is interested in fighting former WBC boss Deontay Wilder instead once he feels content enough to leave his brave nation again.

He said: “I have people around me who respect me, and we talk about that, I really don’t care about anyone else’s opinion.

“I care what my people think. I have my country that I love and it’s why I wanted to come back home.

“I’m sitting in my backyard right now and the country is at war. You hear sirens. You learn how to survive all of this.

“That’s the most important message. I feel personally how the rest of the world feels about us.”