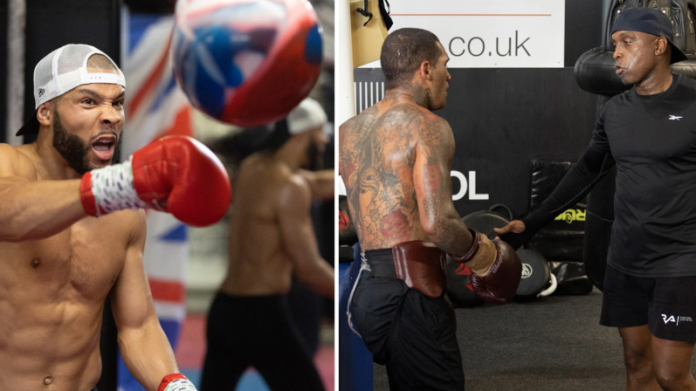 CHRIS EUBANK JR hopes seeing Team Benn start their gruelling training camp in a bid for revenge has lit a fire under his dad’s a***.

Last month when his incredible October 8 catchweight showdown with Conor Benn was confirmed, 32-year-old Jr revealed he wanted his father in his corner but he had gone AWOL after warning him off the O2 bout.

The Brighton middleweight has since revealed his legendary old man – 56-year-old Chris Sr – has been in touch to confirm his role in the 157lbs second-generation scrap.

And he hopes photos and videos of Conor, 25, and bitter 1990s rival Nigel – who Sr holds one win over and a shared controversial draw – training together on the Isle of Wight and in Essex has sparked up the competitive fire in his father to get the family feud burning again.

He told SunSport at his Hove bunker of a gym: “I always knew that my old man would be in my corner, he has to be a part of this.

“We are here because of him and because of Nigel, without them and what they went through there is no me and Conor.

“My old man hasn’t been in my corner for a long time but this feels right and it feels good. It’s going to be fun to have him back.

“He will be straight in the gym and, I am sure, talking to you newspapers about the fight.

“I am sure seeing the Benn family start their camp and train together has lit something of a fire in him.

“Nigel has been dreaming of the day he can get back in that ring-like atmosphere with my old man and this is the closest he is going to get.

But his love for the sport and ruthless aggression seemed to shift drastically after his second 1991 war with Michael Watson left him with catastrophic injuries.

Eubank Jr was always shielded from the punishing sport – the even more brutal business – and warned of all the physically and mentally painful pitfalls of the industry.

But he could not resist the urge to follow in his father’s footsteps and he has now convinced him of his mettle for the hurt business and this mega-money showdown.

“I didn’t have to convince him of this fight,” the showman said.

“I made the decision, he may not have been happy with it but it was mine to make.

“I am the one that has to get in there and fight.

“I am sure that now he has seen the excitement and interest from the public – and I mean the mainstream, non-boxing-fan public – that he sees how big this fight can be.

“Because it’s huge and he has come around and is ready to get involved.”