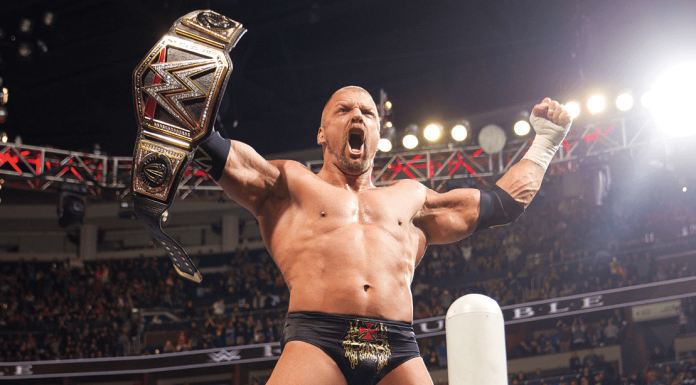 “The episode was caused by a genetic heart issue and Paul is expected to make a full recovery.”

The full extent of the ‘cardiac event’ has still not been disclosed, although the 14-time world champion soon announced his retirement from the ring.

Triple H, who is married to Stephanie McMahon and has three little girls with the daughter of recently-retired Vince McMahon, is now back working for WWE.

And he enjoyed a promotion earlier this week as he was named Chief Content Officer to go with his roles as Head of Talent Relations, Live Events, Talent Development and Creative Services.

Now he has opened up about last year’s parting to BT Sport’s Ariel Helwani about his health scare in an emotional interview.

Triple H said: “In some way, it’s a gift to look at your life from those eyes.

“If they tell you you’re going to die on Tuesday, no one is going to go, “Well s***, I have a board meeting on Friday!” It’s irrelevant!

“I love what I do, I love the passion, I love being a part of creating a magic of what we do in WWE for people all around the world.

“It’s my passion in life, but it doesn’t compare to my passion for my kids or my wife.

“That can all go away, you think of life differently.”