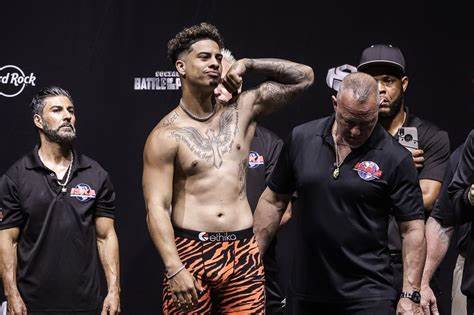 AUSTIN McBROOM and AnEsonGib settle their war of words in the boxing ring tonight.

The pair of YouTubers were initially set to fight in July, but that was postponed due to Gib not being cleared by medics to gain a boxing licence in LA.

But the checks have now been complete and we have a fight!

The six-round pro bout against McBroom – who won his only previous fight by TKO last June – will be contested at a weight limit of 180lbs.

What live stream and TV channel is McBroom vs Gib on?

Austin McBroom vs AnEsonGib is on Fite.TV in the UK, and socialgloves.tv in the US.

While on socialgloves the stream will cost $39.99 to watch in the US.

What time is McBroom vs Gib?

Austin McBroom vs AnEsonGib’s fight is expected to start from 4am UK time/ 11pm ET tonight.

The card gets underway from 2am UK time/ 9pm ET.

What is the full McBroom vs Gib undercard?