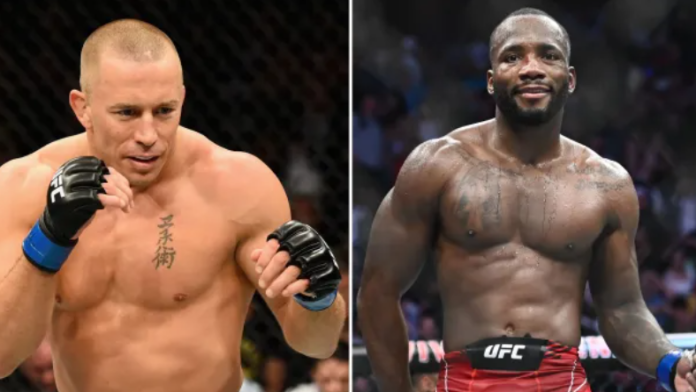 Edwards knocked out Kamaru Usman in the final minute of their title fight this month.

Usman, who was the UFC’s pound-for-pound No1, has been threatening to surpass GSP as the best welterweight of all time.

But that was until Edwards’ dramatic head kick KO, which crowned only the UK’s second ever UFC champion.

St-Pierre, 41, told SunSport: “They all have different attributes that make them great.

“Leon Edwards did fantastic, what a beautiful set up he did last weekend, he took everybody by surprise, it was amazing.

“Usman is a great fighter, he was on his way to winning the fight and then, surprise.”

The Canadian icon was tempted back into the octagon following talks with lightweight legend Khabib Nurmagomedov, 33.

Although the super-fight was axed following the death of Nurmagomedov’s father and mentor, which inspired his retirement.

GSP had agreed to face boxing legend Oscar De La Hoya, 49, last year but was prohibited having still had one fight left on his UFC contract.

St-Pierre is currently in an advisory role with Karate Combat, the sport’s only full-contact league.

And he has faced several calls from the promotion’s president Adam S. Kovacs to return to his karate roots, which he started aged seven.

But St-Pierre, who commented on Karate Combat’s most recent event in Florida, maintained his fighting days are over.

He said: “It’s not that I physically can’t do it, it’s just emotionally I don’t want to compete anymore, I’m past that.

“Fighting does not excite me anymore, I love to train but to risk it all in the fight game, in a full-contact sport, there’s not enough reward for the risk that I would take.”