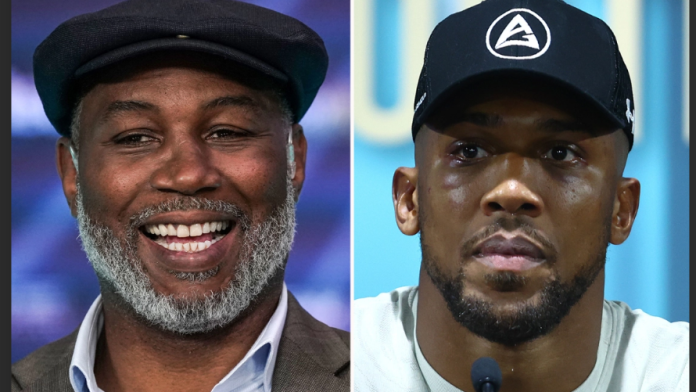 Joshua lost to Usyk on Satuday in Saudi Arabia via a split decision but boxing legend Lewis insists his fellow Brit has no reason to “fret”.

The 56-year-old is confident AJ, who recorded back-to-back losses for the first time in his professional career, will have more “big fights” in the near future.

Lewis tweeted: “Great fight by Usyk. Congrats on the win. Definitely earned it.

“Good showing by AJ too… don’t fret. There are still big fights out there we want to see.”

But Lewis insists this is the time for Usyk and Tyson Fury to have an undisputed heavyweight title showdown.

The last undisputed champion in the division urged Fury to come out of retirement and give the fans what they want.

“19 years is a long time and fans deserve it! Let’s get it cracking!”

And it seems like a unification bout is not impossible as Fury hinted he would return to the ring to take on Usyk.

The Gypsy King confirmed this morning he is open to stepping back into the ring to win back his heavyweight titles.

Fury said in a now-deleted Instagram post: “I’ve just seen Joshua lose for the second time to Usyk – out of his depth.

“However, England has been relieved of its belts. Yet again, as usual.

“There is a remedy and a solution that I can suggest.

“If you want those belts back then send in the Gypsy barbarian of England. Come on!

“But its not gonna be cheap. If you want the best you’ve got to pay, it’s gonna be very expensive.

“So get your f***ing chequebook out and I will relieve that Ukrainian dosser.”