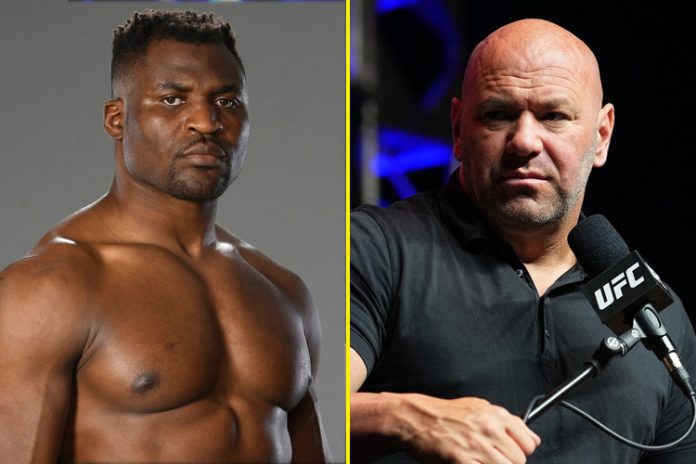 UFC heavyweight champion Francis Ngannou has slammed the promotion for not allowing fighters to have sponsors on their shorts.

Before the promotion signed its now-defunct Reebok deal in 2014, fighters would make a pretty penny by having sponsors’ logos on their fight kits.

Ngannou, 35, entered the UFC a year after the promotion inked the £58million deal with their former kit supplier but still believes he and his colleagues are being denied an additional source of income.

The Predator said: “Fighters are ripped off with sponsorship. It’s a huge source of revenue for us but the company keeps exploiting that for their own benefit.

“I understand that the sport needs to look good with uniforms but we should at least have a right for a minimum of 2 approved sponsors for in the octagon.”

Ngannou’s sponsorship grip with the UFC came after he allegedly missed out on a £840,000 deal due to the promotion’s partnership with a cryptocurrency app.

He raged: “Last year I lost a deal of over a million dollars from a crypto exchange because the partnership with CRYPTO.COM What do I got from it?”

Ngannou raised his latest gripe with the promotion after former middleweight champion Luke Rockhold expressed his views on the UFC’s pay structure.

‘They need to grow, this whole f***ing thing needs to grow together. Our lives are on the f***ing line.

“A lot of things that nobody is talking about it and the company just rolls with it.”

Ngannou is currently on the sidelines recovering from knee surgery, although his Octagon future is up in the air.

The Cameroonian-born Frenchman’s contract with UFC expires in December and talks over a bumper new deal have failed to bear fruit.

Ngannou is eager to stay with the promotion, although they have so far refused to agree to his demand for a hybrid MMA fight with Tyson Fury.