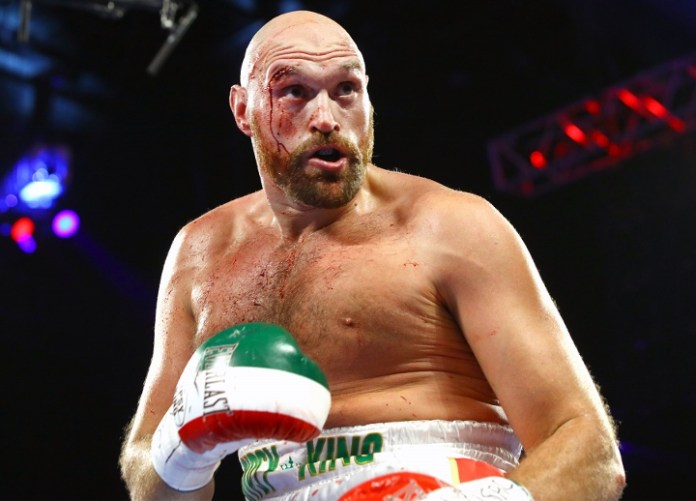 Tyson Fury’s WILL come out of retirement to fight Anthony Joshua or Oleksandr Usyk in undisputed bout, says Bob Arum

But promoter Bob Arum insists the Wythenshawe warrior will lace up his gloves for a blockbuster undisputed title fight with the winner of Saturday night’s Saudi showdown.

“I’ve discussed this with my co-promoter of Fury, Frank Warren, and once this fight is over we’re going to put together a total unification match between the winner and Tyson Fury.

“Now, if Usyk wins the fight, which I expect, that will be quite easy to do because we’re very close to the Usyk people as they’re the same people who manage Vasyl Lomachenko who fights for us.

“If Joshua wins, Eddie Hearn is his promoter. We’ve talked many times with Hearn about various matches and I’m sure we’ll be able to come together on this one.”

Arum admits Fury continues to change his mind about returning to the ring on a daily basis.

The veteran promoter said: “I’ve talked with him [Fury] and every day is different, but he’s a fighter and if the right fight is there then Fury will be up for that fight.

“The right fight is the unification fight against the winner of Usyk and Joshua and I think – based on my conversations with Fury – he’ll be up for that challenge.

“How much longer he will go after that, god only knows and I’m not sure, but I’m confident at least that he’ll answer the bell for that major fight.”

A Joshua win in Saudi will set up a long-awaited Battle of Britain with WBC heavyweight king Fury, although Arum doesn’t foresee AJ getting the better of slick southpaw Usyk.

He said: “I like Usyk in the fight, I think that he’s a much better boxer. Joshua can beat him if he presses the action, but Usyk has a pretty good punch .

“I don’t know if Joshua can prevail if he just trades punches with Usyk. We’ll have to see, but that’s Joshua’s only chance in my opinion.

“I like Usyk pretty big in this fight, but it’s heavyweight boxing and anything can happen.

“It’s a very interesting fight and it should be a very good fight but, all things being equal, I like the Ukrainian boy to win the fight and retain his title.”

Tyson Fury’s WILL come out of retirement to fight Anthony Joshua or Oleksandr Usyk in undisputed bout, says Bob Arum | The Sun