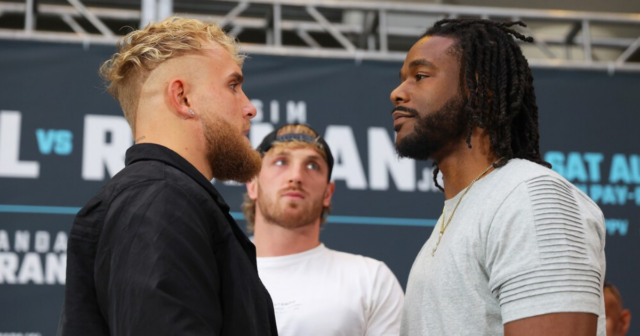 JAKE PAUL has dubbed himself the “most feared man in boxing” following the cancellation of his fight with Hasim Rahman Jr.

The YouTuber turned boxer pulled the plug on the Madison Square Garden showdown on Sunday morning over Rahman Jr’s alleged 11th-hour demand for the fight to take place at 215lbs.

Paul, 25, was left furious by the heavyweight’s last-minute demands, which he’s attributed to fear.

The Problem Child posted a selfie of himself to his Instagram story on Sunday with the accompanying caption: “The most feared man in boxing.”

The cancellation of Paul vs Rahman Jr was allegedly the result of the latter losing only one pound after agreeing to take the fight at 200lbs.

Rahman Jr, 31, is said to have agreed to fight at 205lbs following an ultimatum from New York State Athletic Commission.

But according to Team Paul, Gold Blooded subsequently threatened to “pull out” from the fight if they required him to compete at 215lbs.

That allegation enraged Rahman Jr – the son of former heavyweight champ Hasim Sr – who said: “Jake and his ‘team’ cancelled this fight, not me!

“The fight isn’t happening on their accord, not MINE!”

Former Disney star Paul took to social media to air his frustrations, saying: “Hasim Rahman Jr has pulled out of the fight.

“This is not a joke, I am devastated, I cannot f***ing believe this; we just found out this news,” he said.

“This is another case of a professional boxer, just like Tommy Fury, being scared to fight me.”

He added: “It is as clear as day that these guys have been so unprofessional to work with, looking for any excuse to suck more money out of this event.

“To coerce us into doing things and I knew from the jump that this guy didn’t want to get in the ring with me.”