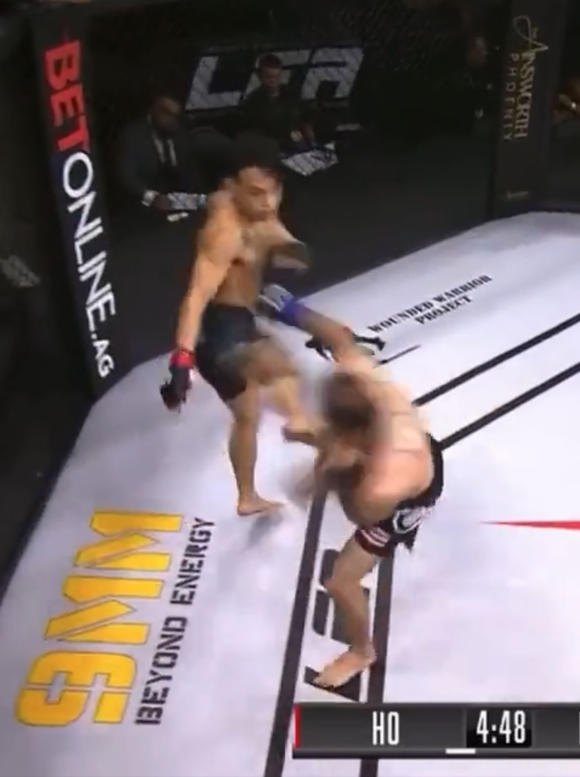 AN MMA fighter produced a stunning 14-second knockout with a remarkable kick which sent his opponent flying into the air and back down onto the canvas.

In just his second professional bout, Ho stepped off Barro before landing a vicious kick to the head.

The shot sent his opponent flying up into the air and he landed on the canvas with an almighty thump.

Ho managed to connect with one punch before the referee swiftly waved it off.

Another added: “Ngl even though I’m known for my love of head kicks, I’ve never ever in my life seen a pull head kick counter that clean.”

And a third said: “I don’t think I’ve ever seen a kick – especially to the head – take someone off their feet before.”

The win takes Ho to 2-0 having made his pro debut in MMA back in February.

He is yet to see the end of the first round after also producing a stunning finish in his first fight.

Against Brazilian Guilherme Crossi – who was also making his debut – he finished things off in quick fashion with a brilliant spinning back fist.

And his second first round knockout has now caught the attention of the combat sports world as Ho begins to make a name for himself as a ruthless finisher.