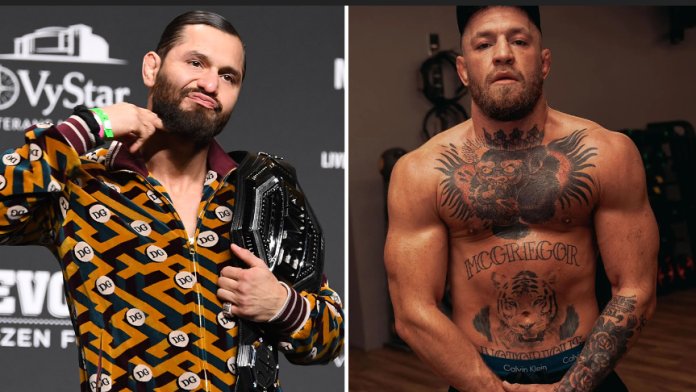 JORGE MASVIDAL is ready to put his “Baddest Mother F***er” title on the line against Conor McGregor – but only in a winner-takes-all wager.

Masvidal has made the Irishman his No1 target to fight next and confirmed he would defend his custom-made belt.

But in return, he wants a big-money bet with McGregor which will see the victor walk off with all the cash.

Masvidal said on BlockAsset: “I’d bring out the BMF belt only for a bad motherf***er and some cash money.

“You a bad motherf***er and you got some money? Let’s put some money. Let’s get a little escrow going, you know?

That’s what a bad motherfucker would do is get this money.

“So it’s there, you know, but it has to be right, under my stipulations and with that belt, I’m like a f***ing tyrant.”

Masvidal, 37, won the BMF title after it was created before his fight with Nate Diaz, also 37, in November 2019.

But in the American’s last three bouts – which have all been losses – the belt was not on offer.

Masvidal is coming off double defeats to UFC champion Kamaru Usman, 35, and most recently against bitter rival Colby Covington, 34.

McGregor, 33, meanwhile is yet to return since breaking his leg in the first round of his trilogy bout with Dustin Poirier, also 33.

The former two-weight UFC king has spent the last year recovering ahead of his expected return late this year or in early 2023.