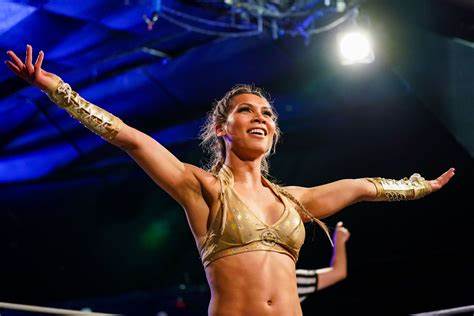 GISELE Shaw is making waves in the wrestling world with their latest announcement.

The 33-year-old is a pro wrestler from Toledo City, Philippines.

She is currently signed with IMPACT Wrestling.

Shaw has been wrestling for a few years and made her debut with IMPACT only a few months ago, TMZ reports.

In England, Shaw is known widely for her work with Progress Wrestling and Revolution Pro Wrestling.

Shaw held the Women’s Championship in both promotions.

Her Twitter bio reads that she is a “Wrestler/Actor/ Stunt Worker”.

What has Gisele Shaw said about coming out?

On June 24, 2022, per the San Francisco Chronicle, Shaw came out publicly as transgender.

Shaw said that she is “taking my power back” with this decision.

“There is really no perfect time to be coming out. It’s my journey. Now just felt right for me,” she told the outlet.

“Coming from an Asian background, being the oldest, there was an unsaid rule, the expectation was that I would carry the family name, that I would set an example, that I would take care of my sisters.”

TMZ reports that Shaw’s sisters look up to the wrestler for living her dream “professionally … but also personally.”

“Gisele Shaw is a woman and a valued member of our roster,” D’Amore told the San Francisco Chronicle.

He added that Shaw’s role as a wrestler “will not be affected or in any way changed by her disclosing she’s transgender to the wider public.”

How has the wrestling community reacted?

On June 23, 2022, one day before Shaw came out she posted that she is working on a documentary.

Who is Gisele Shaw? | The Sun