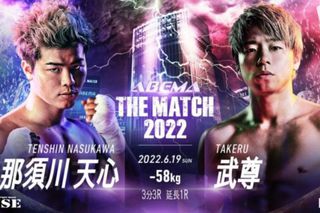 The long awaited kickboxing megafight between Tenshin Nasukawa and Takeru Segawa happens today at the Tokyo Dome in Japan. The contest dubbed as “The Match” ran into some issues that could’ve made it far bigger — such as losing it’s Fuji TV deal, and lacking an international stream — but it is still by far the most anticipated Japanese combat sports bout in ages.

K-1, Rise and RIZIN teamed up to put together this historic kickboxing event, and the show is already live now. So whether or not you find a way to watch a live PPV stream from Japan, you can join us here for live results of the event.

The Match 2022: Takeru vs Tenshin full results and video can be seen below. Hat tip to Caposa for finding some of these clips.

Moments from KOK’103 in Tallinn