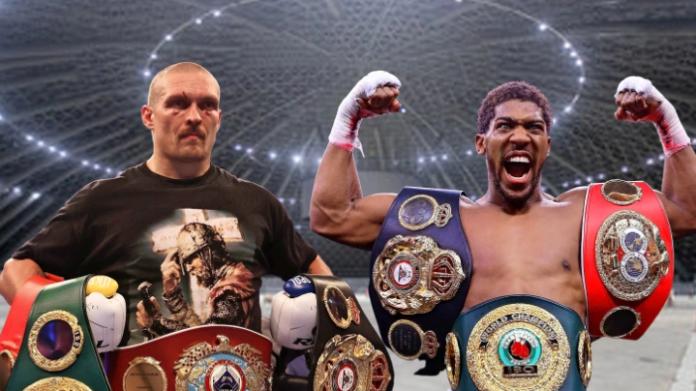 The heavyweights have announced their second fight which falls on August 20 in Saudi Arabia.

Jeddah is the confirmed location and the Super Dome is expected to be revealed as the host.

The building stands over 46 metres high, with an outside diameter of 220 metres and covering 34,636 square metres of the area.

It is now the largest continuous dome arena (non-openable), a record previously held by the Caesars Superdome in New Orleans.

Also, it ranks as the world’s largest geodesic dome.

Joshua, 32, has boxed in Saudi before, after he was beaten in New York by Andy Ruiz Jr, also 32.

He gained redemption over 12 rounds at the Diriyah Arena, which was constructed in just 56 days.

Just like two years ago, due to Saudi Arabia’s alleged human rights violations, the decision to take the mega-money fight there has been slammed.

But promoter Eddie Hearn, tasked with landing the biggest paydays possible for his fighters, defended the repeat move.

Hearn said: “The problem at the moment is no one wants to be honest.

“I’m very comfortable, particularly in boxing, to make decisions like that, for many different reasons.

“One is that I’ve done it before. It was a huge success. I’ve seen the work that went in to make a major sporting event for the region. It’s not a game of golf.

“I’m not saying the golfers shouldn’t be playing in this tournament, I’m saying it’s a prize fight where contractually we have to go to the venue that ultimately creates the most amount of revenue for this fight – whether AJ likes it or not.

“It’s not even close. It’s not like there’s a little bit of a difference from doing it in London. It’s a whole different stratosphere.”