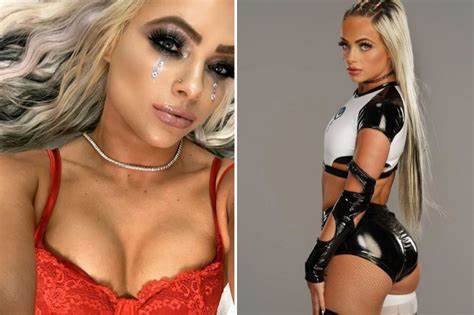 But WWE legend Edge, alongside Damian Priest and Rhea Ripley got the win via pinfall.

Morgan turned in a strong showing, pulling off an audacious Hurricanrana on Ripley, with the help of Styles.

The 28-year-old set pulses racing with her ring attire as well as her moves in the match.

One fan responded on Instagram, saying: “Master of hurricanrana.”

Another replied: “I have been watching you for a long time.

“You have come so far and I’m proud of you. One of my favourite WWE stars.”