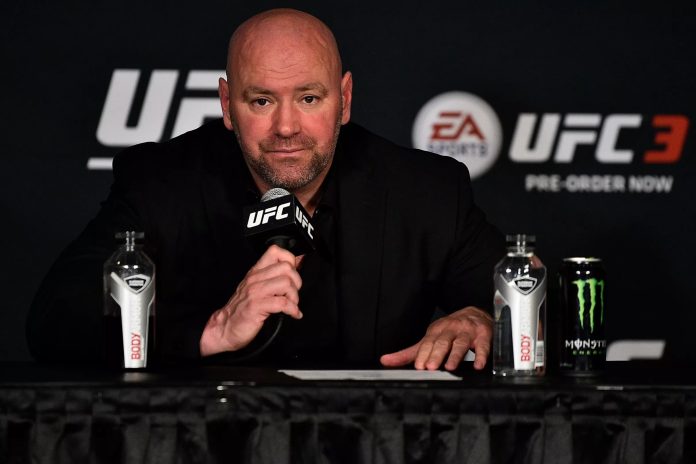 UFC boss Dana White has weighed in on WWE’s decision to downsize their Money in the Bank event.

The WWE pay-per-view extravaganza was scheduled to be held at the 65,000-seat Allegiant Stadium in Las Vegas.

But the July 2 event will now take place at the 12,000-capacity MGM Grand Garden Arena and not the home of NFL’s Las Vegas Raiders.

UFC 276 is taking place on the same night in the same city in the Nevada desert.

Speaking to The Spinnin Backfist MMA Show, White said: “To be fair to the WWE, they were probably looking at it and their ticket prices were a lot cheaper and there would be a lot of people in town.

“International Fight Week is a rough week to do it.”

The WWE had been hoping to elevate the Money In The Bank to stadium status alongside the likes of Wrestlemania and SummerSlam.

There are no matches announced yet on WWE’s pay-per-view, but they have already sold out the MGM Grand.