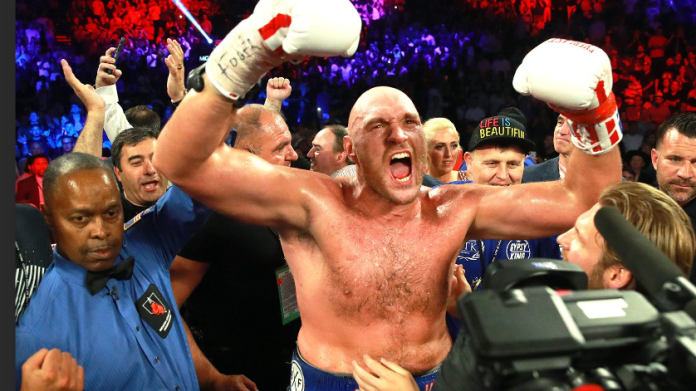 TYSON FURY will “unretire” when presented with his next big fight, claims his promoter Bob Arum.

The Gypsy King hung up his gloves after beating Dillian Whyte at a packed Wembley Stadium in April.

He has since insisted that his retirement is real, but Arum has major doubts.

The 90-year-old said: “Tyson Fury is retired and he will be retired until we come to him with the next big event and then he will unretire.”

While talking to Fight Hype, the veteran promoter added: “Well, I think Fury is going to wait to see how the [Anthony] Joshua fight comes out with [Oleksandr] Usyk, and then he’ll make a determination whether he wants to continue.

“Other than fighting the winner of Joshua-Usyk, there’s really nothing that’s really of interest to Tyson Fury, so we will have to see.”

Fury has not yet vacated his belts, despite his retirement.

WBC president Mauricio Sulaiman told Planet Sport in the aftermath of the Whyte clash: “We’re going to give him the time he needs to reflect, to relax, he just did the mandatory of the division.

“There’s no hurry to pressure him or his team into making any decisions.

“We will be in communications, he’s having a holiday with his family.”

Since returning from his luxury family holiday, Fury has made sure to keep himself fit.

He has been on regular runs with dad John Fury, and appears to be enjoying his fitness regime.

Tyson, 33, recently labelled Anthony Joshua a “big cuddly baby” but is set to be an interested observer when he rematches Oleksandr Usyk later this year.

Joshua vs Usyk 2 could still take place on July 23 despite fears it may have to be pushed back – and is set to go ahead at the Jeddah Super Dome in Saudi Arabia.

Tyson Fury CONFIRMED to be coming out of retirement by own promoter Bob Arum and just waiting for ‘next big fight’ (thesun.co.uk)