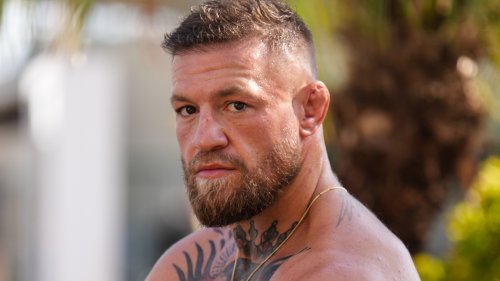 The British heavyweight superstar was dethroned of the unified titles in September following a 12-round masterclass by Usyk, 35.

But Joshua, 32, is set to get his shot at redemption in the summer with the pair in talks for a Saudi Arabia sequel.

Having been convincingly outfoxed the first time around, UFC legend McGregor, 33, knows AJ has it all to do in the rematch.

He told Sky Sports: “It didn’t go so well the last time. It’s a tough ask.

“AJ is a good guy and I wish him well. Usyk is a great guy as well and I hope for a good bout for both men.

“The heavyweight division is on fire at the minute. Good things are happening.”

McGregor, an amateur boxer in his teens, crossed over to the ring in 2017 but lost his professional debut to Floyd Mayweather, 45.

The Irishman, 33, has continued to hint at another boxing cameo – but remains fighting in the UFC.

The former two-weight champion has his eyes on a comeback to the octagon next, but has not ruled out a future ring return.

McGregor said before the Monaco Grand Prix: “Boxing is my first love in combat sports.

“It’s boxing. I had such a great time the last time I was out there.

“Obviously, my return will be inside the octagon for the UFC in mixed martial arts.

“That story is far from over. In fact, that story is just being wrote. It’s just beginning. That’s where I’ll make my return.

“But boxing, I will grace the squared circle again in the future.”