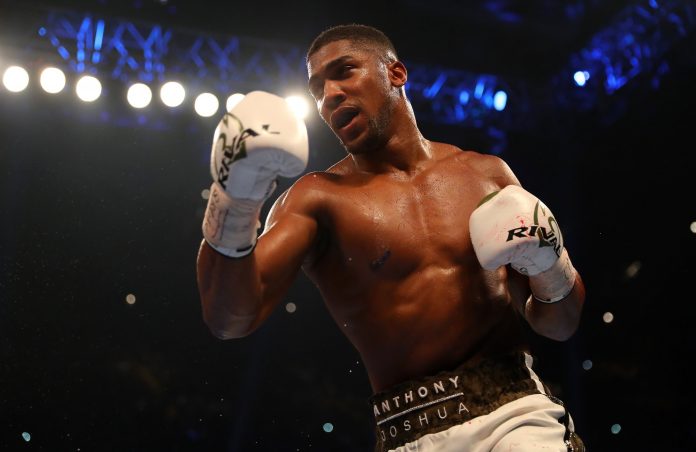 ANTHONY JOSHUA looked dapper as he took some time away from his preparations for his showdown with Oleksandr Usyk.

AJ’s high-stakes rematch with the undefeated Ukrainian is set to take place in Saudi Arabia in the summer.

But the former unified heavyweight champion seemingly took a break from his training camp to attend a fancy event – which he was dressed to the nines for.

On Sunday, Hugo Boss model Joshua shared snaps of himself wearing a thin jumper with a snazzy blazer to his 13.8million Instagram followers.

Joshua’s legion of followers were quick to comment, with one saying: “Looking good.”

And another said: “And he will definitely crown your efforts.”

Another chimed in: “Champ, don’t give up trying.”

Joshua’s potentially do-or-die rematch with Usyk was slated to take place in Saudi on July 23.

Contracts for the desert dust-up, however, have yet to be signed and promoter Eddie Hearn has admitted he’s running “out of time” to finalise the bout for the proposed date.

He recently told the DAZN Boxing Show: “July 23 in the Middle East is the frontrunner.

“We’re almost out of time for that date if we don’t get the deal done this week.

“I’m hoping we can give you two big pieces of news this week.

“That will be Canelo Alvarez’s next fight and Anthony Joshua’s next fight – two of the biggest stars of the sport.

“The date of the fight and the time to train are not the problems, it is more about the extra obligations of TV, press conferences and promotion.

“Eight weeks out feels OK but once you get down to seven and six, it’s a problem.

“Both fighters know that if we have to do a media tour then it needs to happen in the next 10-14 days.

“Beyond that, we will have to move it back a week or two.”