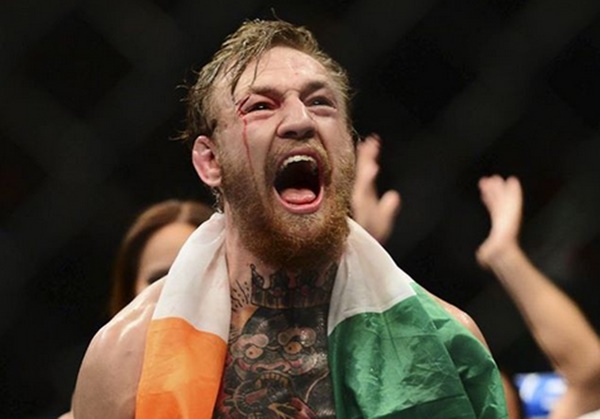 CONOR MCGREGOR has claimed only one fighter has ever been able to put a scratch on him during his time in the UFC.

The former two-division champion has suffered four losses in his nine-year stint in mixed martial arts‘ premier promotion but has only been knocked out once.

McGregor hasn’t taken a worrying amount of damage in his octagon career, although he was on the receiving end of hellacious blows in his 2018 grudge match with Khabib Nurmagomedov.

But the Irishman insists only one man has been able to draw blood from him.

During a Twitter back-and-forth with fellow former two-division champ Henry Cejudo, McGregor tweeted: “Them elbows are no joke. Nor the upkicks.

“Everyone’s ground and pound is p***. Not a scratch has there ever been on me.

“[Chad] Mendes only one. Fair play all the same; bare-knuckle Chad.”

Mendes – who is now plying his trade in Bareknuckle Fighting Championship – locked horns with McGregor for the interim featherweight title at UFC 189 in July 2015.

The Team Alpha Male standout was drafted in as a short-notice replacement for then undisputed 145lb champ Jose Aldo.

Mendes had great success with his wrestling in the first round, keeping McGregor down for large portions of the stanza and cutting him with a right elbow to the eyebrow.

McGregor, however, weathered the storm and registered a second-round knockout victory to claim interim featherweight gold.

The UFC’s poster boy is currently recovering from the horrific broken leg he suffered in his trilogy fight with Dustin Poirier last July.

McGregor, 33, had set his sights on a summer return but UFC president Dana White is expecting him to be back in action in the autumn at the earliest.

Conor McGregor reveals the only fighter to put a ‘scratch’ on him as he gears up for blockbuster UFC return (thesun.co.uk)