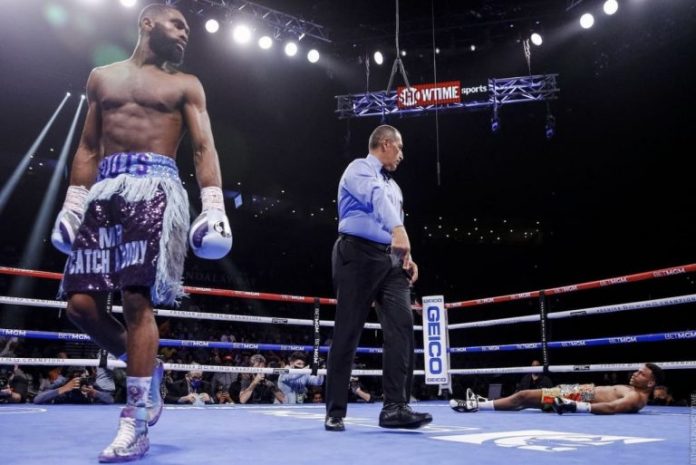 In the co-feature, unbeaten welterweight Jaron “Boots” Ennis stopped previously unbeaten Custio “War Machine” Clayton in two rounds, continuing to be the most avoided in his division. He scored his nineteenth stoppage in his last twenty fights, including one no contest.

In the first round, most of Costano’s rights fall shortcoming forward as Charlo goes to the body. Castano landed an overhand right in the second round while Charlo countered with a right hand. In the third round, Castano came back well enough to take the round.

In the fourth round, Castano walks into the power of Charlo. It went back and forth in the fifth round, ending the round in a heated exchange from both.

Castano kept coming forward, jabbing and landing rights in the sixth round, while Charlo responded with his own rights. In the eighth round, Castano kept the pressure on the taller Charlo landing more, especially with his jabs. In the tenth round’s final minute, a short left hook from Charlo on the chin and down went Costano taking an 8-count from Referee Jerry Cantu. Upon beating the count, he was dropped again by a Charlo left hook to the body ending the fight being waved over by Referee Cantu.

In the second round, Ennis landed a pair of jabs, following with a devastating overhand right on the side of the head of ducking Clayton, and down he went. He beat the count but stumbled toward the ropes as Referee Ray Corona wisely waved it off.

It went back and forth in an all-action fight in the first three rounds. In the sixth round, Rivera was rocked by Gonzalez in the final seconds, which is the stronger of the two.

In the ninth round, Gonzalez had a slight edge in what had been an all-action fight. In the tenth and final round, Rivera rocked Gonzalez with a right on the chin at the halfway point. In the end, Rivera did enough to take the round. The referee was Gerard White.