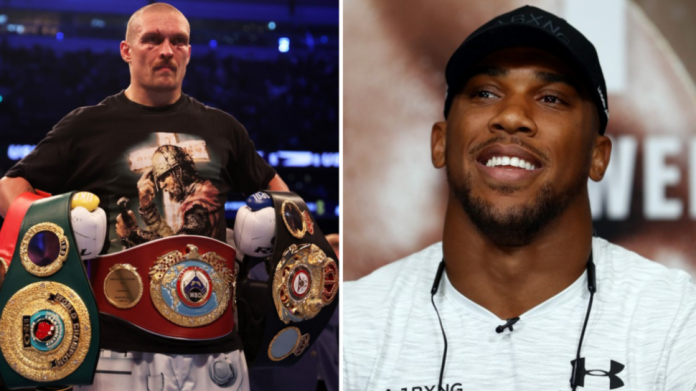 ANTHONY JOSHUA and Oleksandr Usyk’s on-off re-match has been put back again – but promoters are honing in on a confirmed date.

Usyk was given the green light from Ukraine’s sports minister to have his second fight against AJ, following Russia’s invasion of his home country.

The fight had been plunged into doubt with Usyk joining the military in the defence of his home country.

All parties understood the situation – there are, after all, bigger things in the world than boxing.

Just like the Olympic gold medallist did after his loss to Andy Ruiz Jr in 2019, Joshua wants to right his wrong by facing the Ukrainian in a rematch.

Joshua’s promoter Eddie Hearn admitted after that his client boxed nowhere near to the ability he would do in a potential rematch.

AJ, meanwhile, said the fight was a learning experience in the post-fight news conference, vowing to gain his vengeance on Usyk.

Since then, the two sides have been negotiating toward a huge money-spinning sequel, with a venue in the final stages of being decided.

It’s expected that the fight will take place in Saudi Arabia, with announcement expected soon.

Joshua will also have Angel Fernandez as the man in charge of his corner, having used the Spaniard as an assistant to Rob McCracken since the second Ruiz Jr fight.

Deontay Wilder ‘in contention’ to fight for...