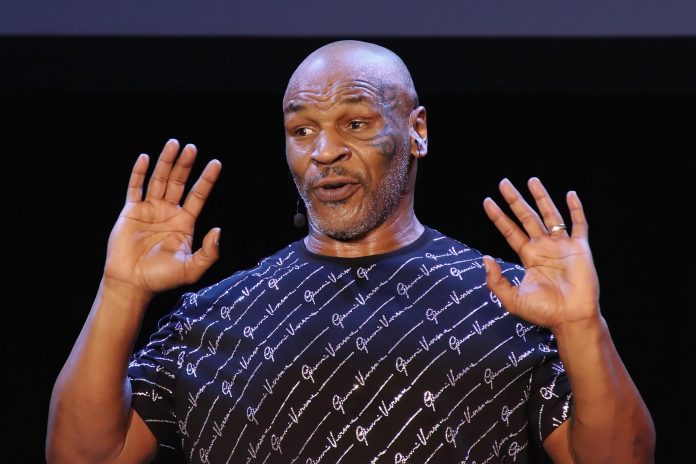 BOXING legend Mike Tyson won’t face any criminal charges for his scrap with an airline passenger due to the “conduct of the victim”.

Footage shot by a fellow passenger showed Tyson, 55, laying into Townsend, who was left battered and bruised.

Additional video captured before the incident showed Townsend – who allegedly threw a bottle at Tyson – repeatedly goading the retired boxer.

And San Mateo County District Attorney has taken Townsend’s actions before the melee into account and opted not to bring any charges against Iron Mike.

Despite hiring a lawyer and looking poised to press charges, Townsend decided against bringing a case against the beloved Tyson.

San Mateo County D.A. Stephen Wagstaffe told TMZ “the conduct of the victim leading up to the incident, the interaction between Mr. Tyson and the victim, as well as the requests of both the victim and Mr. Tyson” led to no charges being filed.

Tyson has yet to comment on the latest development regarding the viral incident, although his legal team have issued a statement.

It read: “We thank San Mateo District Attorney Stephen Wagstaffe, the San Mateo County Sheriff, and all law enforcement agencies involved in this investigation for their careful, diligent, and professional work.”

Tyson is now in the clear to resume his exhibition career, which he kicked off with a clash with Roy Jones Jr in November 2020.

A shock showdown with YouTuber Jake Paul has been mooted.

And The Baddest Man on the Planet plans to hold talks with the social media star to discuss the potentially lucrative bout.

During an appearance on Bill Maher’s podcast, he said: “I’m going to call him sometime on Friday and we’re going to talk.”

Asked if he would accept the fight, he replied: “Absolutely.”

Should the fight come to fruition, Tyson will be sure not to underestimate the youngest Paul brother – who flatlined former UFC welterweight champion Tyron Woodley in his last outing.

He recently said: “I don’t even look at him the way, I can’t even say what they call him.

“Yeah, he’s a fighter. But they don’t want to credit him as being a fighter. Because he’s f***ing white with blue eyes and blonde hair.

“I don’t know, white people hate blue eyes and blonde hair, everybody wants to kill them.

Mike Tyson will NOT face criminal charges for brutally beating up plane passenger because of ‘conduct of the victim’ (thesun.co.uk)