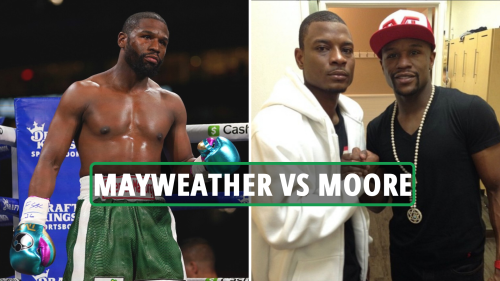 THE 50-0 boxing legend Floyd ‘Money’ Mayweather is back in action for an exhibition bout in Dubai THIS WEEKEND.

This time his opponent is former boxer and former sparring partner Don Moore, who is also unbeaten at 18-0-1.

Mayweather last fought in summer last year, when he took on Logan Paul in a bizarre exhibition match.

And though that fight didn’t have an official result, Mayweather made a lot of money.

And the former five-weight world champion is set to do it all over again in another clash which will see him earn millions.

When is Floyd Mayweather vs Don Moore?

What TV channel is Floyd Mayweather vs Don Moore on and can I live stream it?

One undercard fight has been confirmed so far, which is UFC legend Anderson Silva taking on fellow Brazilian Bruno Machado.

Badou Jack will also fight on the card against Hany Atiyo.

Floyd Mayweather promised fans a better fight than his previous one against Logan Paul.

He commented: “Don will come to fight. It’s a little different; Don is going to come to fight and may the best man win.

“Whereas at the Hard Rock Stadium, Logan Paul talked a good game but didn’t come to fight; he came to hold.