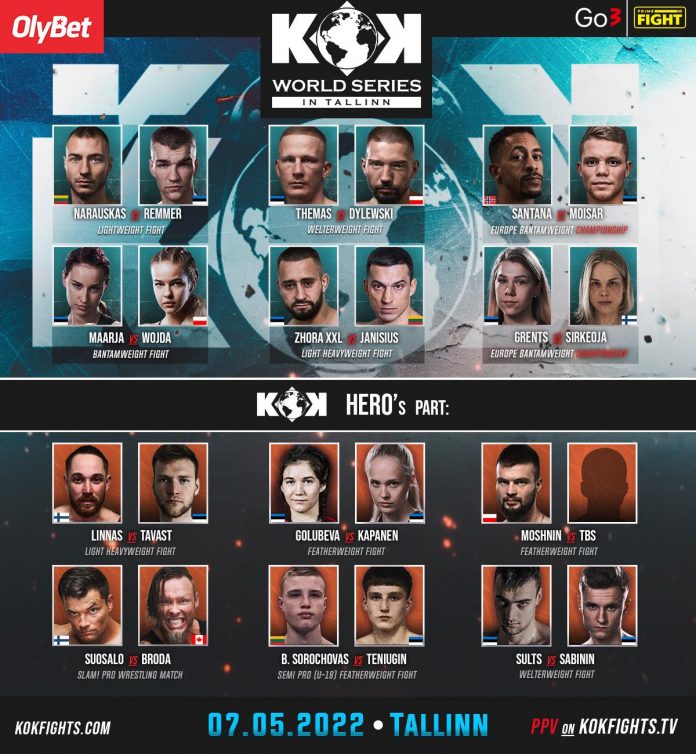 Tallinn host’s the KOK event, which features number of world-class fighters from all over the globe.

Headlining the fight card is a mouth watering rematch between two fighters Simon Santana and Markko Moisar. They will be fighting for the European Bantamweight champion belt.

That time Simon Santana took the victory to his hands and won the fight by knockout.

And other bouts round out the fight card featuring KOK, Dream boxing and MMA Bushido rules.

King Of Kings Return This Fall