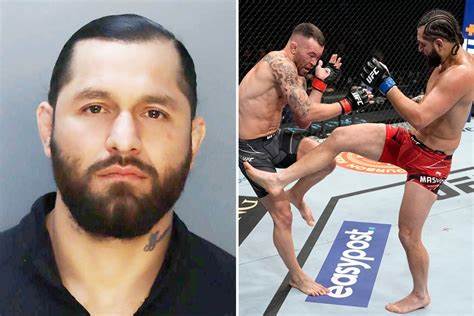 JORGE MASVIDAL admits he was “irate” with himself in the aftermath of his loss to Colby Covington.

The fan favourite suffered a unanimous decision defeat to his former best friend turned rival last month in the main event of UFC 272 in Las Vegas.

Emotions were high for Masvidal going into the grudge match, so much so that he was fuming with himself after failing to get the job done.

During an appearance on the imPAULsive podcast, the 37-year-old admitted: “I was f****** irate.

“I was upset, and I just like to be in isolation when I get like that. It’s better for me.

“Take a couple days to figure it out and if I have a problem and I can’t figure it out, f***, then it’s a real problem.

“I could fail at something, but if I could find a way to fix it, then I can go back and address it again, then I can sleep with peace at night.

Former interim welterweight champion Covington repeatedly bashed Masvidal and accused him of being a “deadbeat dad” in the build-up to their pay-per-view showdown.

And his referencing of his children allegedly prompted Masvidal to assault him at the Papi steakhouse in Miami just weeks after their fight.

Masvidal allegedly donned a surgical mask and hoodie before sucker punching Covington, who suffered a chipped tooth according to police reports.

Gamebred is said to have told his former pal after the altercation: “Don’t talk about my kids!”

Masvidal was arrested and charged with aggravated battery and felony criminal mischief following the alleged incident, which Covington has pressed charges over.

Masvidal was quizzed about the alleged assault but declined to comment.

The MMA veteran is itching to get back into the octagon and remove the bad taste in his mouth, although he’s currently not thinking about possible opponents.

He said; “I’m not even thinking that far yet. “I’m just gonna go sharpen these tools.

“Just wrestle, wrestle and f see what comes out of it.

‘I was f****** irate’ – Jorge Masvidal breaks silence over Colby Covington loss but refuses to talk about ‘street fight’ (thesun.co.uk)