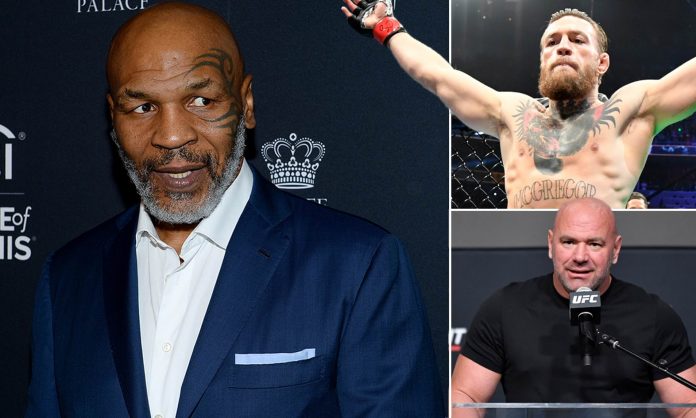 MIKE TYSON warned UFC superstar Conor McGregor it will be hard to “stay ready” with his current lavish lifestyle.

Boxing great Tyson suggested his lucrative fights worth up to $40million (£30.7m) could make life so difficult for McGregor that he may even lack motivation to “get out of bed”.

The Notorious is known for enjoying a life of luxury and was recently named by Forbes as the highest earning sportsperson for 2021 as he works his way back to the octagon from injury.

However, the Irish star’s recent track record hasn’t been as sparkling as his lifestyle as he has lost three of his last four fights.

Tyson said on his HotBoxin’ podcast: “It’s hard to stay ready with that lifestyle. Have you ever had a $40m fight, then talk to me later.

“When you got a $40m fight and the week after you have that money, and they are telling you that you have to fight in six weeks it becomes harder to get out of bed.

McGregor has been sidelined since July when he broke his leg in a shocking conclusion to his loss to Dustin Poirier at UFC 264.

St-Pierre said: ” Conor McGregor, now his stock is going down.

“There’s been a few fights that it’s going down a little bit. There is a possibility that he might come back up but I think now things do not go well for him. You need to change some of his lifestyle.”

Mike Tyson warns Conor McGregor $40m fights could make UFC star ‘struggle to get out of bed’ and destroy his motivation (thesun.co.uk)